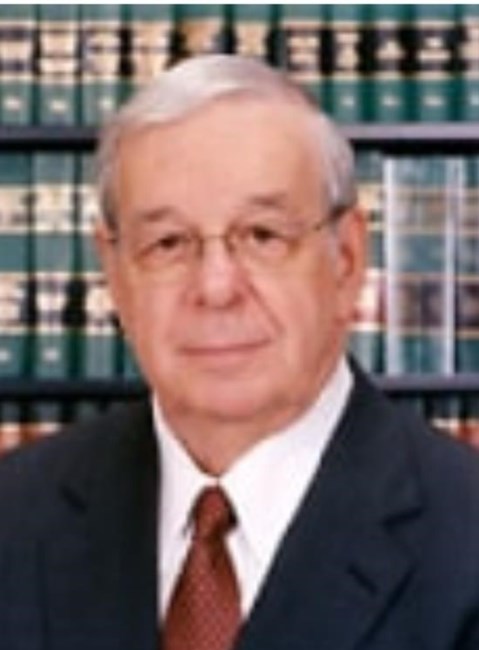 Judge Harvey R Sorkow Honorable Harvey R. Sorkow, age 92, of Fort Lee, New Jersey, died June 13th 2022, at home with beloved wife of 70 years, Pearl, at his side. Harvey Sorkow was born in Englewood Hospital to parents Fanny and Irving Sorkow on February 9, 1930. He was raised in Bergenfield, which remained his hometown until 2002. He graduated from Bergenfield High School in 1947, Washington University in St. Louis in 1951 (BA) and Rutgers University School of Law (JD) in 1953. Pearl (née Udin) and Harvey met at Washington University and married in March, 1952. Following law school, Harvey served in the United States Army in the 4th Armored Division at Fort Hood, Texas. He was a sergeant and was honorably discharged in 1955. He returned to Bergenfield, with his wife and young daughter, where they raised their family of four. He and his brother, Donald (d. 1982), started a law practice, Sorkow & Sorkow. Between 1958 and 1969, he worked as an attorney and served as municipal judge of many towns in Bergen County. His family and commitment to his work were his cornerstones, along with his passion for learning and education. In March of 1976, Sorkow was appointed by Governor B. Byrne to the Bergen County Juvenile and Domestic Relations Court. He was subsequently named to the Superior Court of New Jersey. He served as Presiding Judge of the Family Part, a position he held until his retirement in February 1990. Perhaps his most well known case was presiding over the landmark Baby M trial in 1988. In 1962, he became President of the Bergenfield Dumont Jewish Center (Congregation Beth Israel) and served on its Board of Trustees, where he worked to enrich the Jewish community. Additionally, he served on several other community boards and in leadership positions including the Bergen County Bar Association, Bergenfield Lions Club, Supreme Court Preliminary Family Planning Committee, and President of Jewish Family and Children’s Services of Bergen County, After his retirement, he was attorney of counsel at Shapiro and Croland. He and Pearl enjoyed getaways to their homes in New York State and Tucson Arizona. Harvey enjoyed documenting and sharing his travels of the world with his entire family, relatives, and lifelong friends. He is survived by his wife Pearl, devoted family Janice, Newton MA, Gail (Mitch) Manasse, Doylestown PA, Nancy (Maura Spery), Mastic Beach NY, and David (Patti),Tucson AZ, and his 5 grandchildren, Sophie, Max, Marc, Hannah and Noah. A chapel service for Judge Harvey will be held Friday, June 17, 2022 at 1:00 PM at Gutterman and Musicant Jewish Funeral Directors, 402 Park Street, Hackensack, NJ 07601. Following the chapel service will be an interment at Cedar Park Cemetery, 735 Forest Avenue, Paramus, NJ 07652. Fond memories and expressions of sympathy may be shared at www.guttermanandmusicant.com for the Sorkow family.
See more See Less