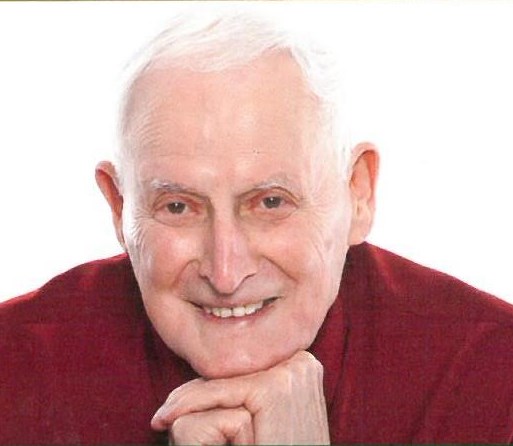 MacNeil, Jerome (Jerry), 98, passed away peacefully on Feb. 26th at the Abbey Lane site of the QEII hospital. Born in Harbourview, Cape Breton, Jerry was the son of Christene and John A. MacNeil. A veteran of World War II, he fought with the XII Winnipeg Dragoons in the 4th Canadian armoured division. After the War, he moved to Halifax where he met and married his wife Mary (MacDonald). Jerry joined the D.N.D. Fire Service where he served for over 40 years. He was a founding and lifetime member of C.F.B. Halifax Curling Club, a member of the K of C Council 1097 for over four decades, and a long-time volunteer at Camp Hill. He was also a member of Brightwood Golf Club and the Legion for many years. Jerry is survived by his daughter Joan (Rick), his grandchildren Ryan and Lawren and his twin sister Isabel. He is also survived by his sisters-in-law Beatrice MacDonald (New Waterford), Mary MacDonald (Victoria, BC), his cousin Isabel MacDonald (Portland, OR), as well as many nieces and nephews. Jerry was predeceased by his wife Mary, to whom he was wed for 63 years, and his brothers Angus, Frank, Alec and Donald. Jerry will be remembered by friends and fellow residents at the Berkeley Gladstone, especially Shirley, Jean, Ron, and Gloria. He was an active and outgoing resident at the Berkeley; Jerry delighted in being recognized as the face of the community. He especially enjoyed music nights with Tony Quinn – special thanks to Tony for his hospital visits. We would like to express gratitude to Berkeley staff members Mary, Len, Jessie, Sandra and Kaitlyn for taking such good care of Dad. Also, we would like to acknowledge the doctors, nurses and staff on the 9th floor of the Abbey Lane for their excellent care. Visitation will be Wednesday, March 4th at Cruikshank’s Funeral Home, 2666 Windsor Street, from 2-4 and 6-8 pm. Mass of Christian Burial to be celebrated at Blessed Mother Theresa of Calcutta (St. Stephen’s) Robie Street at 11:00 am on Thursday, March 5th. Reception to follow in the church hall. Interment at Gate of Heaven cemetary. No flowers by request; donations may be made to a charity of your choice.
See more See Less

In Memory Of Jerome MacNeil