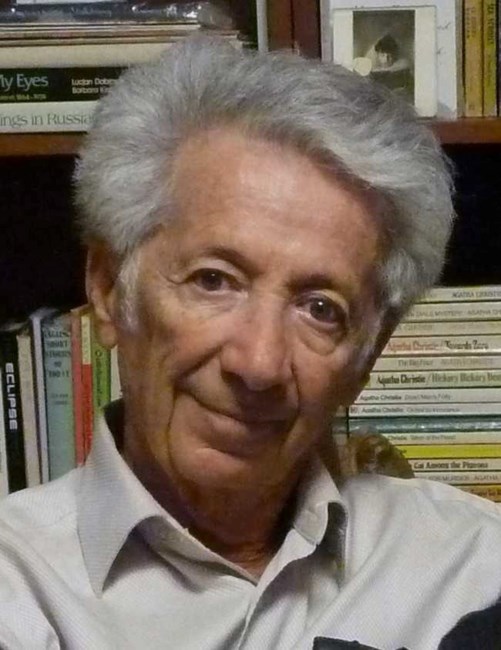 Our wonderful father, Michael Falk – Holocaust survivor; research chemist; piano, tennis, and Go player; devoted husband – passed away Tuesday. We are grateful for his long life, and for having such a great Dad for so many years. Mike was born in Warsaw, in 1931; he was almost eight when World War II began. Mike and his wife, Lilian, were both child survivors of the Holocaust; each of them survived the war in hiding, protected by Polish friends. Miraculously, Mike and both of his parents survived; they moved to Montreal in the late 1940s. He enrolled at McGill University, graduating with a degree in chemistry, and went on to earn a PhD at Université Laval. He met Lili in London in 1958, and they were married the following year in Israel. In late 1962 they moved to Halifax, where Mike began a long career as a research chemist at the National Research Council. While at the NRC, Mike was part of the team that identified the structure of domoic acid, the toxin responsible for a serious outbreak of seafood-borne illness in the late 1980s in Atlantic Canada. Lili had a long career at Saint Mary’s University, while they raised their sons Jonathan and Dan. After retiring, Mike kept busy researching linguistics and onomastics. He gallantly played piano for the residents of Northwood, where his mother had lived, for many years. On Sundays, Mike and Lili danced with gusto at the concerts in the Public Gardens. Above all, Mike was a dedicated husband, father, and grandfather. He is survived by his wife of 62 years, Lilian; his sons Jonathan (George Garcia) and Dan; and grandson Jimmy. The family wishes to thank the staff at Parkland at the Gardens, too many to name individually, for the last nine years of compassion and care. The funeral will take place on Thursday at 1:00 p.m. at the Shaar Shalom cemetery.
See more See Less

In Memory Of Michael FALK