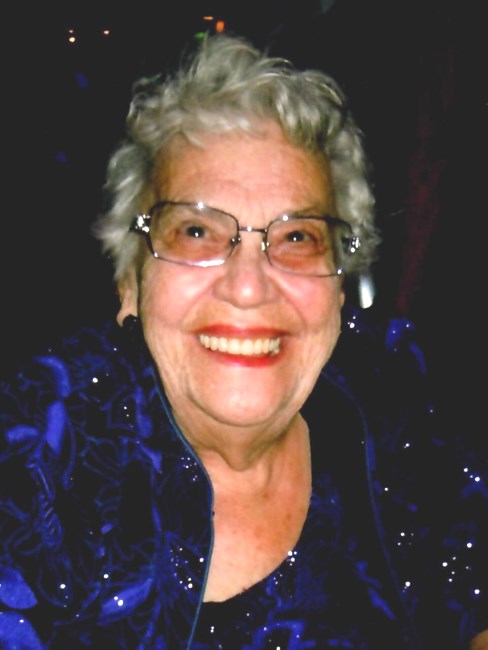 Maryada L. Millspaugh, age 96 of Hamilton, passed away at home surrounded by her family on Wednesday, January 12, 2022. She was born on September 21, 1925 in Hamilton, the daughter of the late Sidney and Ella (Wendt) Fortner. On September 14, 1943 in Hamilton, Maryada married her husband of 41 years, Marc Millspaugh, who preceded her in death on January 1, 1985. She was a founding member of St. Mark’s United Methodist Church in the 1950’s. Maryada is survived by her children, Ellen (Dan VanMeter) Smith, Gordon (Kathy) Millspaugh, Jack (Stephanie) Millspaugh, Marc (Elin) Millspaugh, JoAnn (Greg) Keith, Louis (Michelle) Millspaugh, and Jerrie (Robb Vance) Hyman; fourteen grandchildren; and numerous great-grandchildren and great-great-grandchildren. She was preceded in death by her parents; and siblings, Robert Gordon, Ralph Wendt, and Evelyn Laven. A Visitation will be held on Tuesday, January 18, 2022 from 11am until 12pm at Webb Noonan Kidd Funeral Home, Ross Avenue at South “D” Street, Hamilton. A Funeral Service will begin at 12pm on Tuesday at the funeral home. Interment will follow in St. Peter’s Lutheran Cemetery, Trenton. In lieu of flowers, the family suggests donations be made in Maryada’s name to St. Jude Children's Research Hospital, 501 St. Jude Place, Memphis, TN 38105. Condolences may be left for the family at www.Webb-Noonan.com
See more See Less

In Memory Of Maryada Millspaugh