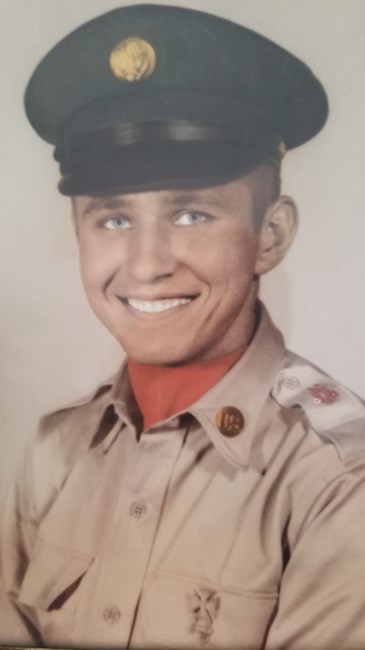 Robert C. Kaney, 83 of Hamilton, passed away on Friday, January 14, 2022 at his residence. He was born in Saint Louis, Missouri on January 14, 1939, the son of the late Charles and Katherine (Kosovic) Kaney. Robert was a U.S. Army Veteran, member of Lord of Light Lutheran Church and enjoyed his hobby of trains. He previously worked for Jacobs Engineering and eventually retiring as an Instrumentation Engineer. Robert is survived by his daughter, Susan (Greg) Miller and her sister, Angela (Dale) Watson; step-children, Matt Duncan and Melissa (Tim) Lubbers; grandsons, Zachary and Elliott; step-grandchildren, Jimmy and Maggie and his brother Carl (Sandy) Kaney. He is also preceded in death by his wife, Betty E. Kaney and his brother, Richard Kaney. Visitation will be held from 6-7pm Wednesday, January 19, 2022 at Lord of Light Lutheran Church, 6329 Tylersville Road West Chester, Ohio. Funeral ceremony will follow at the church with Pastor Lowell Michelson officiating. Interment will take Place at Eversole Cemetery. Condolences may be left for the family at www.Webb-Noonan.com
See more See Less

In Memory Of Robert C. Kaney