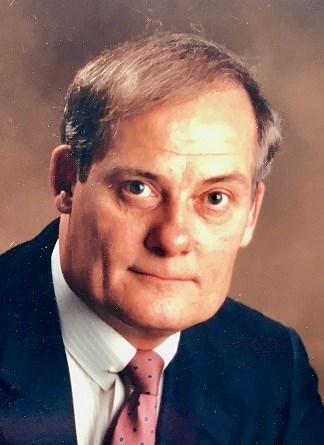 Robert R. Sudbrook, 77, passed away peacefully at his home on July 18, 2020. Son of the late Herman E. and Helen M. Sudbrook, Robert (“Bob”) was born on September 8, 1942 in Baltimore, Maryland. Having grown up in the inner city, Bob felt the military offered him a chance to positively redirect his life, and he proudly served in the United States Air Force from 1961-1965. During his three years in Germany, he played for a USAF football team and often shared fond memories of this time in his life. In his later years, Bob encouraged and inspired several young men to serve. After the military, Bob obtained a degree in business from Drake University and began a banking career with Hawkeye Bancorp in Iowa. Bob was passionate about the banking industry and served as president in many institutions throughout his career, including Mount Gilead Bank in Columbus, Society Bank (later known as Key Bank) in Hamilton, Franklin County National Bank in Brookville, Indiana, and in Cincinnati, he served as president at both Northside Bank and Centennial Bank. During his time at Society, Bob was involved with the city of Hamilton and surrounding areas in many civic capacities. In 2002, Bob and his wife Connie retired to Naples, Florida. In 2013, the Sudbrooks returned to Ohio to be near family. Bob cared deeply about others and especially enjoyed helping those facing life’s challenges. Always recognizing the hard work of others, Bob acknowledged and often gave generously to those in need. Small surprises and kind words of encouragement were his trademark. Once an avid golfer, Bob continued to enjoy watching golf, and especially loved watching his beloved New England Patriots and all college football games. One could often find Bob working a Sudoku puzzle on his deck, where he always welcomed good conversation about everything from current events to the mysteries of the universe. Mr. Sudbrook is survived by his wife, Connie (Kidd) Sudbrook, three daughters, Terri Sudbrook of California, Robin (Todd) Caudell, and Tanya (Mark) Riters of Colorado; one sister, Helen Morawski of Baltimore, stepdaughters Cheryl (Doug) Brown and Stephanie (Chuck) Friend. Known as “Pop Pop” to his grandchildren, Bob is also survived by Trevor, Cole, and Luke Riters, Austin Grimm, and Jazmyn Sudbrook-Johnson, and step-grandchildren Ian and Tori Brown. He is preceded in death by brothers Herman and Donald Sudbrook, and by one grandson, Cory Grimm. Visitation will be held on Wednesday, July 22, 2020 from 12pm until 2pm at the Rose Hill Funeral Home, with a funeral service to follow at 2pm. In lieu of flowers, the family suggests that memorial contributions be made to PARACHUTE: Butler County CASA, 284 North Fair Avenue, Hamilton, Ohio 45011, https://www.parachutecasa.org/. The family would like to thank Pastor Peter Larson of Lebanon Presbyterian Church for his many special visits. Through his guidance and friendship, Bob’s faith was truly deepened and the family wishes to extend their gratitude, confident that Bob rests in the eternal arms of our most loving God.
See more See Less