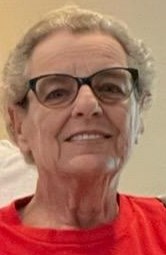 Theresa Ann “Terry” Davidson, age 73 of Hamilton, passed away at Bethesda North Hospital on Sunday, September 18, 2022. She was born in Hamilton on November 8, 1948, the daughter of the late Walter “Pete” Davidson and Dorothy “Dot” (Weber) Riddle. Terry is survived by her brother, Harry “Pete” Davidson; sister-in-law, Carolyn Davidson; nephew, Pete; great-nephews, Miles, Drew, and Ben; and many other friends. She was preceded in death by her sister, Karen (Davidson) Compton; and mother, Dot. Visitation will be held at 10am with Services at 11am on Friday, September 30, 2022 at Webb Noonan Kidd Funeral Home, 240 Ross Avenue, Hamilton, followed by Inurnment in Rose Hill Burial Park. Condolences may be left for the family at www.Webb-Noonan.com
See more See Less

In Memory Of Terry Davidson