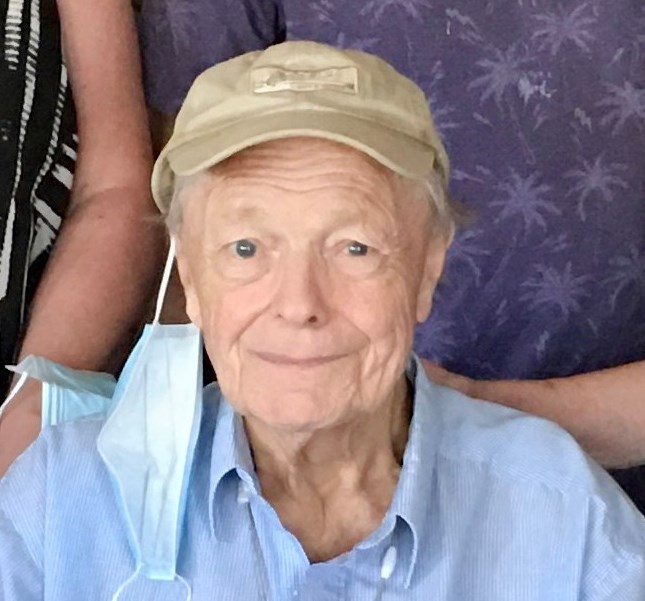 Colin Ernest Burgess, in his 90th year, passed away peacefully on Thursday, July 28th, 2022. Beloved husband to Cora Burgess for 68 years. Loving father to Teresa, Richard, Ginette, and Judi. Proud Poppa to Jayesh, Nickesh, David, Krishawn, Cora, Benjamin, Zachary, Juliana, Felisha and great grandchildren Aviraj and Aurora. Colin was born in London, England February 16, 1932. As a teen he was a rock climber and King Scout. As a young adult, Colin was a paratrooper and PT instructor in the army. He was an Advertising and Public Relations Agency owner/operator for many years. He took great pleasure in living in the countryside and was a big believer in conservation of nature and the environment. Colin was an amateur artist and creative thinker. He delighted in ‘making things’ and writing clever poems. He loved to play chess, read about science, astronomy and art. He read many books voraciously, especially the works of Shakespeare and Dickens. He loved crossword puzzles and challenged his mind to learn new concepts, except new technology like iPhones. He had a wonderful sense of humour that he has passed on to his children and will be dearly missed. Colin was a supporter of the Red Cross and UNICEF. He asked that we have no funeral but wished everyone to celebrate life in his memory. May he rest in peace.
See more See Less

In Memory Of Colin Ernest Burgess