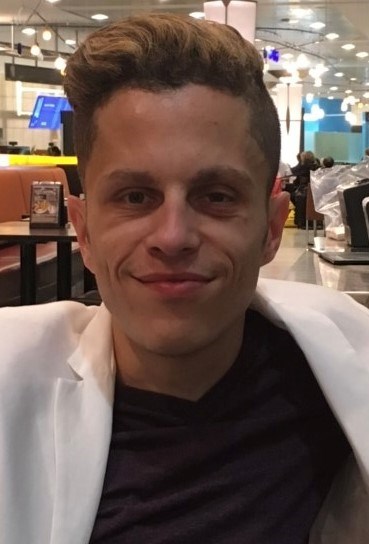 Death may be inevitable but it’s painfully tragic when it seems to come too soon regardless of the circumstances as in the passing of our beloved son, brother, grandson, nephew, uncle, cousin and friend. Beloved son of Fulvio and Nada (Linda), and brother of the late Vincent Delibato. Grandson of both Mara Vukobrat and the late Dako Vukobrat and grandson to both the late Vincenzo Delibato and the late Fiorenza Delibato. Survived by aunt Zina (Dragi) and aunt Angela (David), cousins Jimmy & Ashley with their three children Daxton, Zayne and Cruz, Tihana, Domenic & Kelsey with baby Axel, Patrick (Amanda), and Cristiano and many family and friends in both North America and Europe. Daniel is also predeceased by aunts, uncles, cousins and many other family members in Canada, the U.S.A. and Europe. Daniel’s academic studies honored him with a business diploma from Mohawk College, a degree in Philosophy from Brock University and finally completing a program in Communications/Public Relations from Seneca College. Daniel was given a gift that many would only dream of. He was an amazing artist as a guitar player who studied under Eric Golding. He continued his musical career working with Adam Gesjorskyj where he progressed reaching new heights in guitar playing and song writing ultimately leading Daniel to become a true composer and musician forming his own music publishing company and professionally recorded songs along with his lyricist and eventually teaming up with his vocalist and friend Venessa. He was on his way to start his career in Italy and to promote his music. Unfortunately his plans changed and he has now joined his brother Vincent in paradise whom he adored and loved infinitely. Daniel was always of such great humor, thoughtfulness and light. People gravitated to him when he entered a room with his quick humor and charisma quickly befriending anyone he met. His legacy as a son, family member, friend and coworker created lifelong relationships in Canada, the United States and in Europe. His family at Tim Horton’s who miss him dearly called him “rainbow Dan.” He loved deep philosophical conversations about history and the values of life. He enjoyed a challenge or debate about life, sports, or anything in general always speaking with conviction especially if it was in the defense of someone who was unable to speak for themselves. He was never afraid of confrontation. Daniel always had the last word and we often said he should have been a lawyer! His emphasis in life was to be happy and share as much time as possible with friends and family. He will be dearly missed by all those who knew and loved him. Visitation will be held at MARKEY-DERMODY FUNERAL HOME, 1774 King Street E. (at Kenilworth) on Tuesday, August 9, 2022 from 2-9 pm with Vigil Prayers at 7 pm. Due to COVID-19, the family would appreciate that you please wear a mask and practice social distancing. We are truly blessed to have Father David Wynen celebrate the funeral mass at The Cathedral Basilica of Christ the King, 714 King Street West, Hamilton on Wednesday, August 10, 2022 at 11:00 am. Interment to follow at Resurrection Cemetery, 254 Garner Rd. West, Ancaster, L9G 3K9. In lieu of flowers please feel free to make donations to any organization you wish or to Mental Health Research Canada would be sincerely appreciated.
See more See Less

The Cathedral Basilica of Christ the King