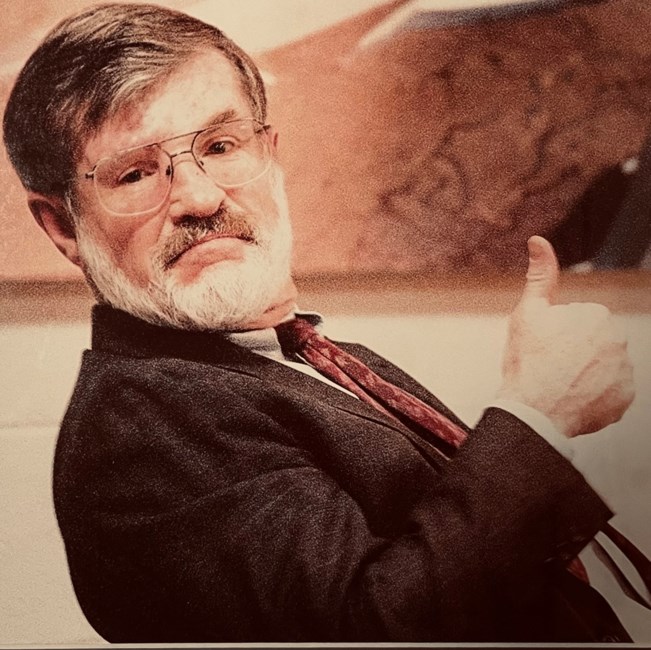 Jeremiah Francis Creedon passed away on October 29, 2022 at the age of 82. Jerry was born in Providence, Rhode Island to Harold and Katherine Creedon. He is preceded in death by his younger brothers William and Michael and survived by his brother Joseph. His wife, Carrie Walker Creedon, passed away on August 5, 2022. Jerry has three daughters, Kathleen Creedon, Karen Dunn, and Carolyn Andrews by his first wife Gail Williams Creedon. He and Gail also raised her younger brother, Stephen Williams. Jerry was the proud grandfather of Erin and Jack Dunn. Jerry graduated from the University of Rhode Island with a bachelor’s degree, a master of science degree, and a doctorate in electrical engineering. He was inducted into URI’s Engineering Hall of Fame. He was a Sloan Fellow at Stanford University where he received a master of management science. Jerry began his career at NASA Langley in 1963 as a research engineer. Throughout his career at NASA Jerry held a variety of management positions, authored dozens of technical articles, and received a myriad of prestigious awards. He was named director of Nasa Langley in 1996 and then promoted to Director of the Office of Aeronautics and Space Technology at NASA’s headquarters in Washington, D.C. After retiring from NASA in 2003, Jerry joined the faculty of Old Dominion University. Jerry was a lifelong Red Sox fan and rejoiced in their 2004 World Series win. He excelled at tennis, loved watching Notre Dame football, always played board games to WIN, and was playing Texas Hold’em in Las Vegas decades before it was cool to do so. Those who knew Jerry enjoyed his incredible sense of humor and could always rely on his integrity. In lieu of flowers please make a donation to the charity of your choice. A visitation will be held on Thursday, November 10th, 2022 at Parklawn Wood Funeral Home located on 2551 N Armistead Ave. Hampton VA 23666. A Funeral Mass will take place on Friday, November 11th at St. Joseph's Catholic Church at 512 Buckroe Ave, Hampton VA 23664.
See more See Less

In Memory Of Jeremiah Creedon

Mass of the Resurrection