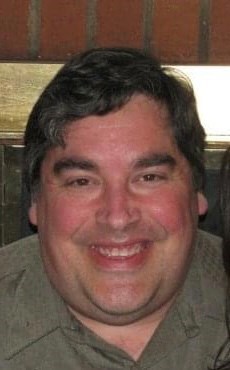 Samuel R. Apperson, 56 of Hampton, VA passed suddenly on March 15, 2022. He was born in Newport News, VA on July 28, 1965, to Lemuel R and Patricia. He is survived by his devoted wife, Deborah, his daughter Elizabeth and his twin brother Lemuel (Ron Braswell). He was predeceased in death by his parents and his brother David. Sam graduated from Kecoughtan High School in 1983, Old Dominion University in 1993, and Capella University with a master’s degree in Information Security. He spent the majority of his career putting his talents and skills to work at NASA Langley Research Center. It was somehow divine that it was the place where he took his last breath – a place he loved to work. Sam was a devoted family man. His greatest joys were in spending time with his wife and daughter. Being Baba to his Pumpkin Baby brought him much joy and adventure. Sam truly believed in Team Apperson. Where ever his family went, he was right beside them loving and supporting them. He spent countless hours at the bowling alley cheering on his daughter as she went from a pee-wee bowler to competing at the national level. He was the proudest ball rep! He loved camping, a good seafood meal, fine beer (or bad beer), history, holidays, volunteering, and traveling (along with the associated gift shop). He loved spending time with his extended Rooney and Martin family which he gained through marriage. The family wishes to thank Sam’s coworkers, leadership at NASA Langley Research Center, family, and friends who have provided love, support, and prayers during this most devasting time. A celebration of his life will be held on Thursday, March 24, 2022. Visitation will be at 1:00 PM with the service at 2:00 PM at Parklawn-Wood Funeral Home, 2551 N. Armistead Ave, Hampton VA. Following a brief graveside service, the family will head to HarborPointe Community Church at 351 E Mercury Blvd, Hampton, VA 23663 for a reception with family and friends. Fond memories and expressions of sympathy may be shared at www.parklawn-woodfh.com for the Apperson family.
See more See Less

In Memory Of Samuel Apperson