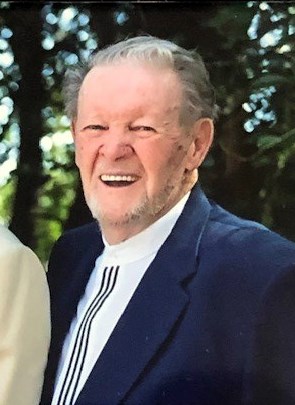 Clifford Allan Mills, born April 8, 1927 in Fellows, CA passed away Wednesday, September 30, 2020 at Hanford Hospital. He was taken there on Tuesday from his home in Coalinga. Cliff was raised in Coalinga, CA, son of George Clifford Mills and Richie Jewell Kirkpatrick Mills. In 1945, he joined the Navy as Seaman 2nd class. He graduated from the University of California at Berkeley in 1949 with a BA degree in chemical engineering. Later he earned his Master’s degree in computer science. Cliff worked for 43 years in a variety of chemical plants before retiring in 1992 from Borden Chemical in Geismar, Louisiana. Upon retirement he traveled and lived part of the ensuing years in Brazil and part back in the family home at 355 West Durian St in Coalinga where he was raised. Cliff was predeceased by his first wife, Gerrie Scafani Mills, and is survived by their two daughters, Debbie Mills Miller of Sacramento and Pam Mills Casey (Bill) of San Mateo. He is also survived by his five grandchildren: Kaitie McClain McLean (Evan), Roger McClain, Lindsay Miller, Caroline Casey, and Kathleen Casey. Also surviving is his great granddaughter, Ada Jewell McLean. He was predeceased by his second wife Max-ceen Williams Mills of Louisiana (step-daughter Cinda Jones Denoux) and is survived by his third wife, Eloisa DaCamino Mills of Brazil. Cliff is also survived by a number of cousins including cousin Tim Jordan of Coalinga and wife Suzanne. Tim and Suzanne made it possible for Cliff to continue to live in the family home in Coalinga during the last few years. Cliff lived a long and varied life but the things he enjoyed the most were boating, a beer with his buddies and genealogy. He will be buried at Belmont Memorial in Fresno alongside his parents, grandparents James and Zula Kirkpatrick and great grandmother Betty Reid Duncan. Donations in Cliff’s memory may be made to the R.C. Baker Museum, 297 W Elm Street, Coalinga, CA 93210.
See more See Less

In Memory Of Clifford Alan Mills