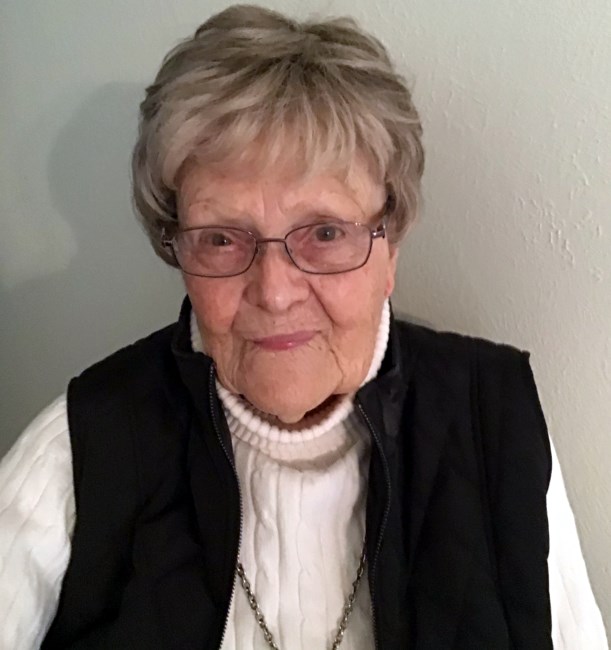 Norma Maxine Dooley was born on April 1, 1921 and passed into eternal rest into the loving arms of Jesus on September 17, 2022 in Laton, California where she lived most of her 101 years. Norma (known by most as Maxine) was born in Laton, California. She was a true beautiful Christian and was active in the Laton Church of The Brethren where she sang in the choir, rocked babies in the nursery or helped in the kitchen. She was active in high school participating in many organizations. She was on the Student Council, Student Body Vice-President, a reporter for the school newspaper and several others along with Volleyball and Baseball. Upon graduating from high school in 1939, Maxine attended 4-C's Business College in Fresno. She then went to work for an insurance company in Hanford. She often rode the train from Laton to work and back again. Her next employment was at a bank in Hanford, California. From there she worked at Laton Elementary School as a secretary and then she transferred to the Laton Unified School District for many years before her retirement in 1981. She enjoyed many hobbies, entertaining, playing bridge or different card games. She was the Scrabble Queen, a hard one to beat. She kept her mind active with reading, crossword puzzles, walking until she no longer could. She had a passion for the 49er's and the San Francisco Giants. She and her husband Glen were charter members of the Laton Lions Club. She became known as Pancake Grandma by cooking pancakes many years on Saturday morning for anyone who would show up. There were always those contests of who could eat the most pancakes. Maxine was preceded in death by her husband Glen Dooley (a marriage of 68 years), her parents Lester and Rena Vaughn, Glen’s parents Ray and Minnie Dooley and Maxine’s youngest sister Joyce Vaughn. She is survived by 3 sisters Beverly Brown, Barbara Artis and Nona Schlinker, sons Paul (Carol) Dooley, Norman (Roberta) Dooley and her daughter Terry (Dan) Wilson, 16 grandchildren, 37 great grandchildren, 23 great great grandchildren, and numerous nieces and nephews. There will be a viewing on Monday, September 26 at People's Funeral Home from 5:00 pm to 7:00 pm. She will be laid to rest on Tuesday, September 27 at 10:00 am at Oak Grove Cemetery, Laton, California followed by a Celebration of Life at the Laton Church of The Brethren. The family would like to thank the loving and kind caregivers that she had and to Hinds Hospice for the special care and love they showed. In lieu of flowers, donations may be sent to The Pregnancy Care Center in Fresno California or the Laton Lions Club, Laton California.
See more See Less

In Memory Of Norma Maxine Dooley