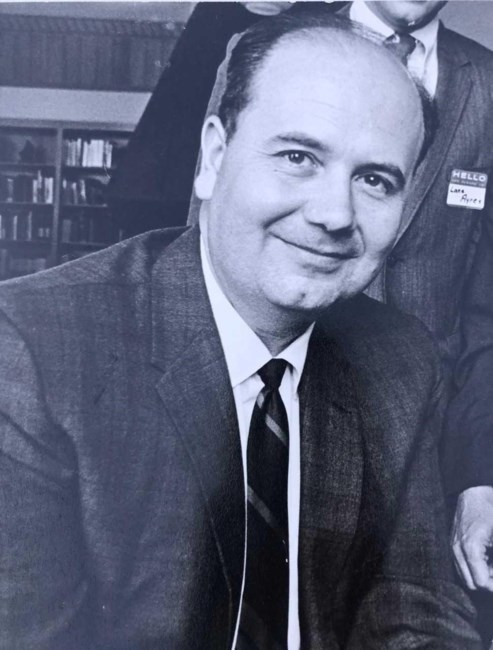 Dr. Frank J. Zeller, Ph.D., passed away on October 17, 2020 at the age of 92 in Harrisonburg, VA. He was born Dec 6, 1927, in Chicago. He received his B.S. (1951) and M.S. degrees (1952) from the University of Illinois where he met Carol Halloin, a biology classmate. They married in 1952 and accepted academic positions at Bryan College in Dayton, TN. They came to Indiana University where Frank earned his Ph.D. (1957). Frank joined the Zoology department faculty, serving 35 years. He was acting chairman (1976-77) and taught endocrinology in the IU Medical School after retiring. His teaching contributions at IU were impressive and extensive. He taught introductory biology courses, highly specialized graduate endocrinology courses, large lecture classes of 500 hundred students and small graduate seminars. Frank's teaching ability was noted by two prestigious teaching awards. In 1966, he received the Sigma Delta Phi Brown Derby Award as the campus's "Most Popular Professor," and in 1969 received the Lieber Award for distinguished teaching. His graduate students went on to distinguished careers. Frank served as Sunday school teacher, elder, and treasurer at the United Presbyterian Church in Bloomington. he was an active member of the Bloomington Lions Club, served as the club's treasurer and was a Boy Scout master. Frank was regarded as a humble, kind man of integrity, humor, and faith. He loved his wife, children, and grandchildren; was generous and encouraging. He was a loyal IU basketball and Chicago Cub fan. Frank was preceded in death by Carol on April 27, 2017. Survivors include his children, Nancy (Zeller) Smith and husband Randy, Jeanne (Zeller) Wenos and husband David, Jim Zeller and wife, Wendie; grandchildren, Sarah (Smith) Lueking, Becky Smith, Taylor (Wenos) Rowley, Parker Wenos, Haley Wenos, Justin Zeller, Julia (Zeller) Butler and Jacob Zeller; great-grandchildren, Sam Lueking, Maggie Lueking, Georgiana Smith, Lexi Zeller, Abby Zeller, Jessie Zeller and James Zeller. A memorial service will be held at his final resting place in Door County, WI.
See more See Less