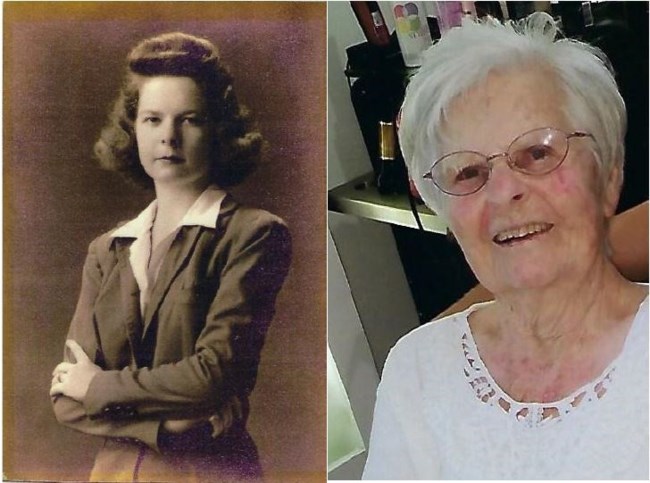 Nellie Fortson Hull December 11, 1924 to January 13, 2020 Nellie Fortson Hull of Harrisonburg, VA (born Nellie Phinizy Fortson) died peacefully on January 13, 2020 surrounded by loved ones. She was 95 years old and is survived by her children, Edward W. S. Hull, Jr. of Owens Mill, Maryland; John H. M. Hull (Eloise) of Harrisonburg, Virginia; Thomas M. F. Hull (Amy) of Chestertown, Maryland; and Nellie P. F. Hull of Douglasville, Georgia. She has five grandchildren, Billy Blockinger, Daniel Hull, Bradley Hull, Isaac Hull, and Mary Hull. Additionally, she has eight great-grandchildren, and one great-great-grandchild. She is also survived by one sister, Janet Walthall. She was predeceased by her husband, Edward W. S. Hull, Sr.; her sisters Ann Wright Freeman, and Bolling Douglas; and brothers Capt. Thomas Fortson, USN (Ret) and Commander R. Malcolm Fortson, Jr. USN (Ret). Nellie was the daughter of RADM R. Malcolm Fortson, Sr. and Nellie Phinizy of Jacksonville, Florida. Nellie and her husband Edward W. S. Hull, Sr. (Eddie) were married in Washington DC on June 25, 1944. In addition to raising a family, Nellie was devoted to Eddie and supported him in all his endeavourers, first on Edisto Island, South Carolina after WWII where Eddie tried to start a crop dusting business. Later Nellie and Eddie lived in England for two years where Eddie was a foreign correspondent. Once back in the States Nellie was general manager for Nautilus Press Inc., a publishing company started by Nellie and Eddie, during which time they lived on Kent Island, Maryland. Nellie also was instrumental in starting Uppershore Aging, an assisted living facility in Chestertown Md. and similar facilities in various cities in Eastern United States. Nellie received an award for the best Section 8 community of the Year. Additionally, Nellie enjoyed genealogy, interior decorating and restoring old homes for rent and resale. Finally, prior to moving to Harrisonburg, VA she lived in Chestertown, Maryland where she cared for Eddie until his death in 2007.
See more See Less

In Memory Of Nellie Fortson Hull