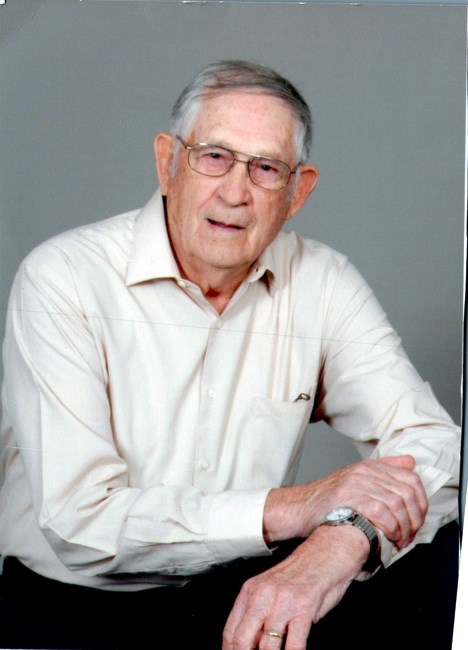 James Edward Bolinger, age 90, of Harrogate, TN passed away on Saturday, July 30, 2022 surrounded by his loving wife and family. James was born June 4, 1932, he was the son of the late William Bolinger and Mattie Mullins Maples. He was a proud veteran of the US Army where he served as a military police officer during the Korean War. In addition to his parents he was preceded in death by his brother, Clyde Bolinger. He is survived by his loving wife of 65 years Joy Saylor Bolinger. Son Todd Bolinger (Susan). Daughters, Jamie Petrie and Belinda Bolton (Jack). Five grandchildren Loren Postiglione (PJ), Harris and Nicholas Bolinger, Saylor Petrie, and Coleman Bolton. Three great grandchildren Nico, Roman, and Vinny Ray Postiglione. Host of nieces and nephews. James was a longtime member of Pump Springs Baptist Church for 72 years, where he served as a deacon for many years. He loved to fish and in his life he never met a stranger. The family will receive friends Wednesday August 3, 2022 from 5 until 7 PM at Coffey Funeral Home in Harrogate. The funeral service will follow at 7 PM in the Coffey Funeral Home chapel. A graveside service will be held Thursday August 4, 2022 at 11 AM in the Riverview Cemetery. Pastor John Ditty presiding, Olen Brooks his Sunday School teacher of many years will be saying a few words as well. Singer: Joe Hale Pallbearers: Harris Bolinger, Nicholas Bolinger, Jack Bolton, Coleman Bolton, PJ Postiglione, and Kirby Cottrell Honorary Pallbearers: Deacons of Pump Springs Baptist Church Fond memories and expressions of sympathy may be shared at www.coffey-fh.com for the Bolinger family.
See more See Less

In Memory Of James Edward Bolinger