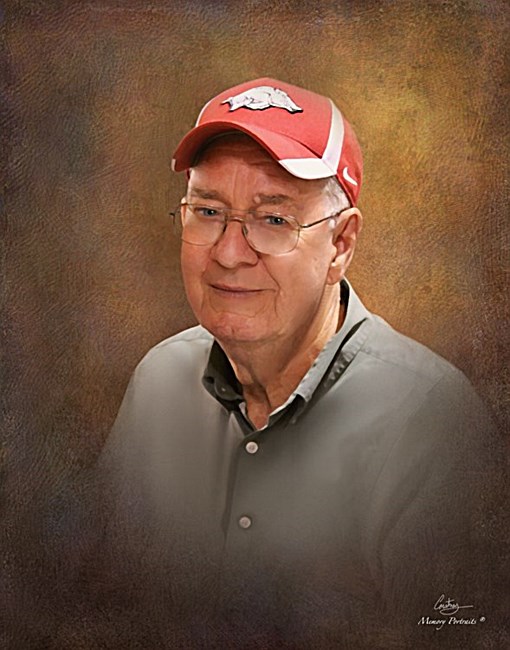 Charles Owen Angell, age 86, of Bossier City, Louisiana passed away on Thursday, January 19, 2023. Mr. Charlie was born in Truman, Arkansas to Helen and Owen Angell. He graduate from C.E. Byrd in Shreveport, Louisiana. In 1958, Charlie became a loving father and went on the raise his two children in a strong, loving home. He enjoyed racing his red, Triumph Spitfire in the Dixie Sports Car Club. In his 20's he began his career as Haughton's reliable Milkman. Through his work he became a trusted friend to many neighbors and others he delivered milk to over the years. Being a family man, his grand and great-grandchildren were his priority. Known as Papa Bear, he took this role very seriously to include his pride in his son Chuck, for serving in the United States Air Force, and his daughter, for her caring heart and creativity. Mr. Charlie was also known to be a very loyal Dallas Cowboys, Arkansas Razorbacks, LSU Tigers, Haughton Buccaneers, Bossier Bearkats, and later in life a New Orleans Saints fan. Arkansas, however, held a special place in his heart. He loved visiting the state and walking the trails, streams and caverns of the beautiful mountains. Mr. Charlie was one of the kindest people you could meet, his kindness sticking with the children of the people he delivered to years ago, he will be missed by all who had the blessing of knowing him. Mr. Charlie joins in Heaven his parents, Helen and Owen Angell; sister, Patricia Spiller; and his Love of 30 years, Shirley Pruett. Left to cherish his memory is his daughter, Darlene Angell Wood (Allen); son, Charles "Chuck" Owen Angell Jr. (Brenda); grandson, Jesse Franks (Cadie); granddaughters, Nicole Angell and Jessica Ares; great-grandchildren, Dakota Franks, Deacon Franks, T.J. Ares, Jaxon Ares, Luke Lewis and Jake Lewis; loved as his own Nancy and Stephanie; nephew, Craig; nieces, Heather and Misty, and many friends he made over the years. A visitation for Charles will be held Monday, January 30, 2023 from 1:00 PM to 2:00 PM at Hill Crest Memorial Chapel, 601 Hwy 80, Haughton, Louisiana. Following the visitation will be a celebration of life at 2:00 PM at Hill Crest Memorial Chapel in Haughton with Pastor Calvin Hubbard officiating. Pallbearers will be Jesse Franks, Jake Lewis, Luke Lewis, Michael Lewis, Tim Wood, Allen Wood, Vernon Matthew and family friend. Fond memories and expressions of sympathy may be shared at www.HillCrestMemorialFH.com for the Angell family.
See more See Less

In Memory Of Charles Owen Angell