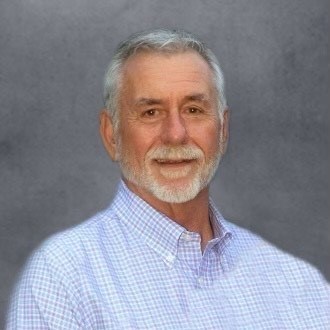 Howard Ray Moore was born in Homer, Louisiana, on December 20, 1953. He was a well loved husband, father, grandfather, friend, and employer. He died in his home in Haughton on January 19, 2022, after a brief battle with pancreatic cancer. Howard was born to Gene and Sherrell Moore. He had an older sister, Renee Miller; all of whom preceded him in death. He was a 1971 graduate of Claiborne Academy in Haynesville. His love of chemistry led him to pursue a degree in pharmacy. He graduated from Northeast in 1976. After working at K&B and Medic for 4 years, he decided the lab coat wasn't for him. He began building wireline tools in his living room in the evenings and weekends, and in 1981, he began Moore Wireline Incorporated. Howard took great pride in his company and truly appreciated his hard working employees. He married his high school sweetheart, Judy Walker. They decided on forever on June 4, 1977. Together they built a strong, loving family. Before having children, they made memories traveling together. Howard and Judy had three children- Ray, Haley, and Kyle. Howard was a faithful member of Viking Drive church of Christ. Their family's favorite pastime was spending Saturday nights at the dirt track watching Howard and Ray race dwarf cars. Howard loved music. As a teen, he was in a band called The Pace Setters. Throughout his life, he played the guitar and especially loved songs with picking. He always enjoyed music from the 70s. After retiring from the business, he and Judy made several trips to see their favorite band, the Eagles. Howard also loved his hobbies- racing, fishing, golf; but in his last 10 years, his love was hunting. Some of his travels included trips to Africa twice, the Northern Territory, New Zealand, Alaska, and Russia. Most of the trips were with his dear friend, John Killgore. If you visited Howard while he was sick, he gave you the tour of his game room and probably made you watch the video of his Africa hunts. He is survived by his loving wife of 44 years, Judy; his son, Ray, and wife Katie; his daughter, Haley; son, Kyle; his 5 precious grandchildren that loved their G- Kaitlyn, Hallie Rae, Pressley, Sammy, and Mira; and his niece and nephews- Jeff, Greg, Jennifer, Kevin, and Chris. Services for Howard will be Saturday, January 29, 2022, at 10am at Hill Crest Memorial Funeral Home. Visitation will be held Friday, January 28, 2022, from 5pm to 7pm and prior to service from 9am until 10am Saturday, January 29, 2022, at Hill Crest Memorial Funeral Home. He will be buried at his home in Haughton. Pallbearers will be John Killgore, Bruce Williams, Robert Miller, Don Holly, Ken Miller, Mike Ruark, Rusty Wyatt, and Greg Winget. Honorary pallbearers will be the Moore Wireline crew.
See more See Less

In Memory Of Howard Moore