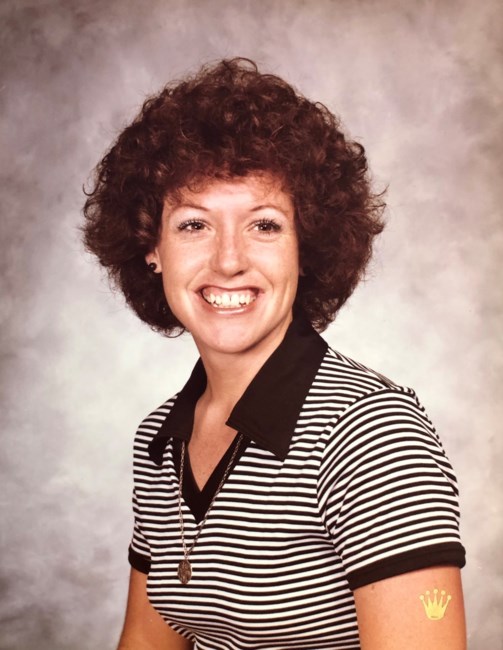 Paula Jean Hanisee Jones, of Benton, Louisiana passed away peacefully and surrounded by her family on July 30, 2022. Paula was born on September 1954 to Herbert Robert Hanisee and Irene Cecilia Bullock at Barksdale Air Force Base. She married Richard Jones Sr. on February 1981 at Christ the King Catholic Church. Paula was known for her vast network of family and friends. Paula loved nothing more than her family and cherished her moments with them. She was a true sports enthusiast, always watching any sporting event, mainly the Cowboys, and could talk about sports with anyone. Her iconic softball and tennis skills were evident when she was on the softball field or tennis court. She had a love for playing card games as well. Paula especially will be remembered for her joyous, wonderful smile and her loving spirit. Paula is survived by her husband Richard Jones Sr. and five children - Richard (Christina) Jones Jr., John Paul (Amy) Jones, Christie Jones (Scotty) LeCompte, Sarah Jones (Sean) Austin, and Emily Jean Jones; six grandchildren; Karmen, Issabella, and Trace Jones, Luke Henry Jones, Kenley and Grayson Austin; six sisters - Mary Hanisee (Ken) Smith, Ginny Hanisee (Gary) Patton, Sr., Theresa Hanisee (Peter) Sollecito, Clem Hanisee Caplis, Christine Hanisee (David) Wright, and Bobbie Sue Hanisee (Ray) Shelton, and three brothers - Pat and Brenda Hanisee, John (Boogie) and Tricia Hanisee, and Larry Hanisee. Pallbearers are sons, Richard Jones Jr., John Paul Jones, and sons-in-law Scotty LeCompte, Sean Austin, and nephews Wyatt Patton, and Jathon Patton. Honorary Pallbearer will be Sean Skresvig. She is preceded in death by her daughter Margaret Elizabeth Jones. Visitation will be held at Hill Crest Memorial Funeral Home in Haughton, LA on August 5, 2022 from 5 pm to 8 pm. Vigil Service will begin at 6 pm with Rosary to follow. Mass will be celebrated at St. Jude Catholic Church in Benton, LA at 1 pm on August 6, 2022. Burial to follow at Hill Crest Cemetery in Haughton, LA. In lieu of flowers, donations may be made to St. Jude Catholic Church, 4700 Palmetto Rd, Benton, LA 71006.
See more See Less

In Memory Of Paula Hanisee Jones