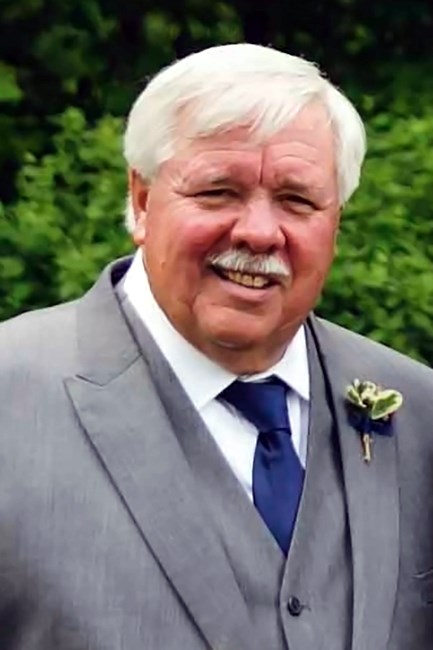 March 30th, 1949 – September 27th, 2022 Gary A. Elliott was born in Detroit, MI alongside his three brothers, Dale, Doug, and Wayne: and his younger sisters Claudia and Wendy. After attending Walled Lake high school, he enlisted in the US Army serving abroad in the Philippines as a Communications Specialist during the Vietnam War Gary became a Michigan State Police officer in 1973 (Recruit School #84). Gary served at Cadillac, Detroit, Cadillac, ELCIS, Newaygo, ELCIS Private Security and ELCIS MET Team in Grand Rapids, retiring in 1997. During his first years in the force, Gary met his future wife Sue Ann McCaul from Lake Odessa, MI. Sue was swept up in Gary’s charisma and charm and were married on April 24th, 1976. Throughout multiple Michigan State Police promotions, Gary and Sue had three sons, Brock, Andrew, and Bradley. Gary was always a devoted father and sons’ biggest fan in sports (specifically golf), careers, and life accomplishments. After retiring as a Detective Lieutenant, Gary and Sue eventually moved to Henderson, NV to be near their sons. Amongst all of Gary’s personal and professional accolades, his personality was larger than life. Gary’s stories, jokes, and loud belly laughs made everyone in his presence feel welcomed. His devout love for his wife, pride for his sons, unwavering loyalty to friends and family, support and service to his community, and strong religious beliefs made Gary an exceptional human. He is survived by his loving wife, Sue of 46 years, brother Wayne (Barb), sister Claudia (Ron Heard), and three sons, Brock (Leah), Andrew (Maureen) and Bradley (Whitney) as well as his beautiful grandchildren, Bryce and Samuel. Visitation is scheduled for October 16th 2-4p at Palm Boulder Highway in Henderson, NV. Service and burial on October 17th at 10:40a at Southern Nevada Veteran’s Cemetery in Boulder City, NV. The family will be hosting a Celebration of Life for family and friends in Michigan on November 19th at Saint Edwards Catholic Church in Lake Odessa. In Lieu of flowers, please make donations to https://gofund.me/578d2ec9 or search Gary Elliott at www.gofundme.com. All donations will go to the Lakewood High School Girls & Boys golf teams.
See more See Less

In Memory Of Gary Allison Elliott