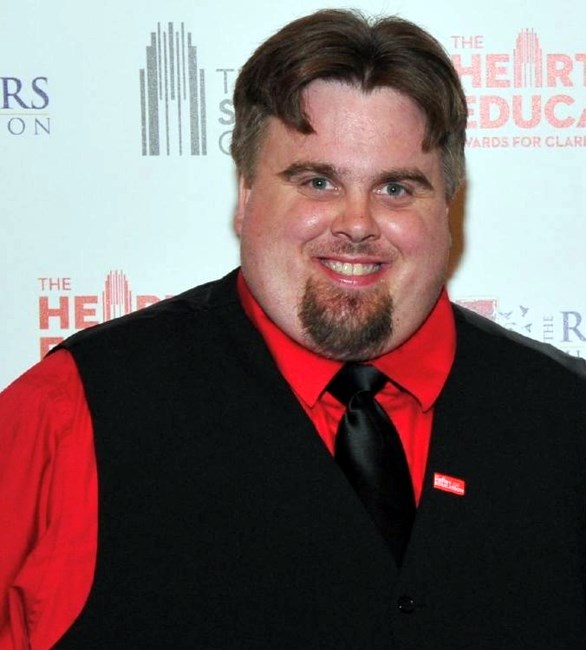 James Gillette: beloved husband, amazing father, doting son, and fantastic music teacher died on Monday, July 12th, 2021 at 2:30pm. James was born on March 24th, 1980 and went into the foster care system where he was eventually taken in by his parents Marsha and Gordon Gillette who adopted him. James was raised in San Jose, California. One of the many talents that James liked best was his singing and performing skills. He participated in many musicals and bands in high school. His mother, Marsha, passed away when James was 15 years old, and participating in the arts truly helped him cope. During these years, he also performed with the Oakland, California Temple Pageant. It was during the summer performances of 1999 that he met his future wife, Emily. At age 19, James served a mission with The Church of Jesus Christ of Latter Day Saints in Philadelphia, Pennsylvania. He enjoyed his time with the wonderful people there. James and his wife Emily married on August 10, 2002 in the Oakland, California Temple of the Church of Jesus Christ of Latter-Day Saints. They were the ultimate loves of each other's lives. Both attended the University of Utah where they graduated with a degree in education. They traveled to Las Vegas where they both began their careers as teachers. On August 19th, 2009 James and Emily welcomed their daughter Sydney. She is the spitting image of her mother with her father’s eyes. James helped raise Sydney with a love of the arts and she enjoys singing and dancing just like her father did. A few years later, James’ father, Gordon, passed away. James was able to sing at his father’s funeral as he knew he would see both his parents again someday. James became the Band, Choir, Guitar, and Orchestra teacher at Boulder City High School in 2007. He was excited to start this phase of his career and made a difference in the lives of the hundreds of students who attended. Many students nominated “Mr. G” for the Heart of Education award as they thanked him for enriching their lives in ways they didn’t think possible. Several explained, “if it wasn’t for Mr. G and the band, I would have killed myself in high school. How can you thank someone for that?” He made a dramatic impact on the students and community as they felt his genuine care and love for his students and profession. To know James was to love him. He was genuine, kind, giving, and loving. His family and friends miss him dearly.
See more See Less

In Memory Of James Glenn Gillette