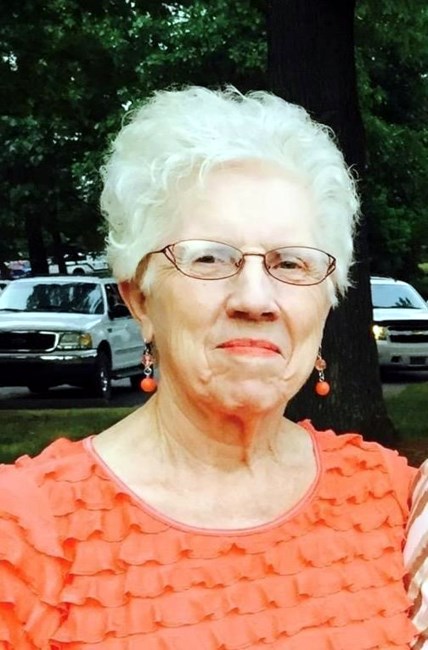 Frances Fowler Sherrill, 82, of Hickory, passed away on September 13, 2021 at Trinity Village. She was born on May 6, 1939 to the late Samuel Francis Fowler and Hester Merrill Fowler in Catawba County. Frances was a lifelong member of Highland United Methodist Church, where she was a member of the choir. She worked many years in the office at Colony Casuals. Along with her parents, she was preceded in death by her husband; Marvin R. Sherrill. Survivors include her son, Kevin Sherrill and wife Jennifer Deal of Hickory; daughter, Tracy Harrison and husband Tim of Wichita, KS; grandchildren, Mallory Sherrill of Hickory, Brendan Sherrill and wife Hannah of Hickory, Chatham Harrison and wife Megan of Kansas; great grandchildren, Lexi Sherrill of Hickory, Odin Sherrill of Hickory; brother, Sam Fowler and wife Helen of Hickory; sisters, Carolyn Reese and husband Max of Hickory, Annette Allen of Hickory, Judy Hines and husband George of Hickory; and numerous nieces and nephews. A private graveside service will be held at Woodlawn Memorial Gardens at a later date. Memorials may be made to Highland United Methodist Church, 1020 12th St Pl NE, Hickory, NC 28601; or The Shepard House at Trinity Village, 1265 21st St NE, Hickory, NC 28601.

In Memory Of Frances (Fowler) Sherrill