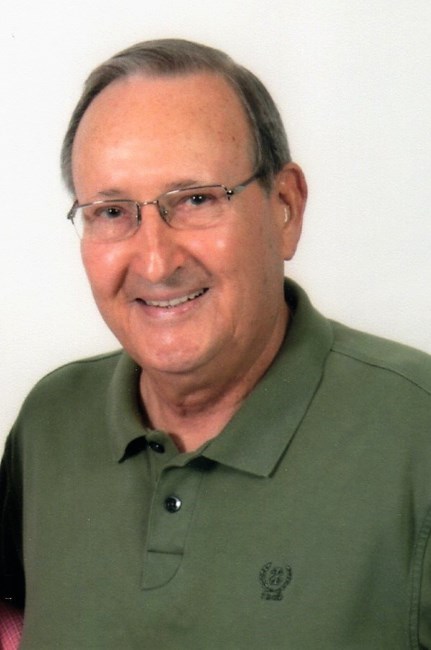 Lawrence Dale Oxford, 86 of Hickory, passed away August 3, 2022 at Frye Regional Medical Center. Born August 27, 1935 in Granite Falls, NC, he was the son of the late James Houston Oxford and Essie Vera Hartley Oxford. Lawrence was a graduate of Granite Falls High School, Class of 1954. A 3 year Veteran of the US Army, his last assignment was with the 62nd Military Police, Highway Patrol in Germany. He was a Charter Member of the Lake Hickory Rotary Club where he received a Paul Harris Fellow and was Rotarian of the Year in 1993. He was employed by Superior Continental Corporation where he worked in Industrial Engineering and the accounting department as head of payroll. He served as President of the Superior Cable Credit Union for 10 years and installed the company’s first data processing equipment in 1960. He then worked for Hickory Springs Mfg. Co and held positions as Corporate Office Manager, Accounting Supervisor, and Senior Accountant and Administrative Manager. He retired after serving as the Corporate Vice President of Administration. In addition to his parents, he was preceded in death by sister, Sue Hollar; and brothers, James Oxford and Billy Oxford. Lawrence is survived by his wife of 64 years, Ethel Helton Oxford; son, Larry Edward Oxford and wife, Stephanie; daughters, Rene Oxford Leeper and husband, David, and Sherry Oxford Lund and husband, Bryan; brother, Carroll Oxford and wife, Paulette; sister, Shelbia Jean Bolick and husband, Roger; grandchildren, Katy Lund, Adam Lund, Laura Lund, Christopher Leeper and Lauren Ross (Corey); and great-grandchildren, Rylan Ross and Syler Ross. A Memorial Service will be held Saturday, August 13, 2022 at 2:00 p.m. in the Chapel of Drum Funeral Home, Hickory, with Pastor Rich Irwin officiating. The family will receive friends from 1:00 pm until 1:45 pm at Drum Funeral Home in Hickory prior to the service. Condolences may be sent to the Oxford family at www.drumfh-hickory.com. Drum Funeral Home in Hickory is honored to be serving the Oxford family.
See more See Less

In Memory Of Lawrence Dale Oxford