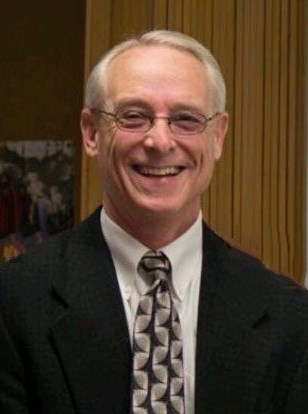 Michael “Mike” Franklin Barkley went to be with his Lord and Savior on July 26, 2022 after a long battle with early onset Alzheimer’s disease. He was diagnosed at age 55 and had just celebrated his 64th birthday. He was born July 10, 1958 to the late Charles Franklin Barkley and Lundia “Rae” Smith Barkley. Mike was a longtime resident of the Mountain View Community of Hickory where he served for over a decade with Mountain View recreation as both a board member and coaching little league baseball. He worked 34 plus years at Pepsi Cola Bottling of Hickory. Mike loved his Pepsi family dearly. He took great pride in his work and was proud to represent Pepsi in a number of western NC territories. For as long as he could remember, he talked about Pepsi and had many wonderful stories to tell. Some of his favorite pastimes were spending time with his son, Chris, playing golf, fishing, NASCAR, and his love of the outdoors in general. Mike will be remembered by so many whose lives he touched on and off the baseball field while coaching little league. Those young men were like sons to him. He was also a volunteer fire fighter for Fairbrook Volunteer fire department in the late 70’s and early 80’s. Those who will continue to love and remember him include his only child, Christopher “CB” Barkley of Irmo, SC, and his girlfriend Demi Byrom, and Sandy Berry, former wife and forever friend. He is also survived by his aunt, Kay Deitz, (Gene) of Efland, NC, and cousins Traci Lloyd (Danny) of Mebane, NC and Todd Eckard (Novelia) of Icard, NC and their children. A Celebration of Life Service will be held Saturday, July 30th at 12 PM at Christ Church, Mountain View Campus at 2416 Zion Church Road in Hickory with Pastor Wesley Pritchard officiating. Burial will follow at Catawba Memorial Park. The family will receive friends prior to the service from 10 AM - 11:45 AM at the church. The family would like to send special thanks to Pastor Wesley Pritchard of Fayetteville for presiding over the service. Pastor Pritchard is the Pastor of Fayetteville Community Church in Fayetteville, NC. Others the family are grateful for that walked Mike’s journey with him are Gwendolyn Branch, Mike’s caregiver in his early stages of his disease and Keith and Cheryl Byrom who have strongly supported the family in the late stages of Mikes life. The family has been blessed by so many who prayed for Mike for all these years. We couldn’t have done it without your love and prayers. We are forever grateful for all of you. In lieu of flowers memorials can be made to the Alzheimer’s Organization, alz.org in his memory. Condolences may be left at www.catawbamemorialpark.com. The Barkley Family is under the care of Catawba Memorial Park, Funerals & Cremations.
See more See Less