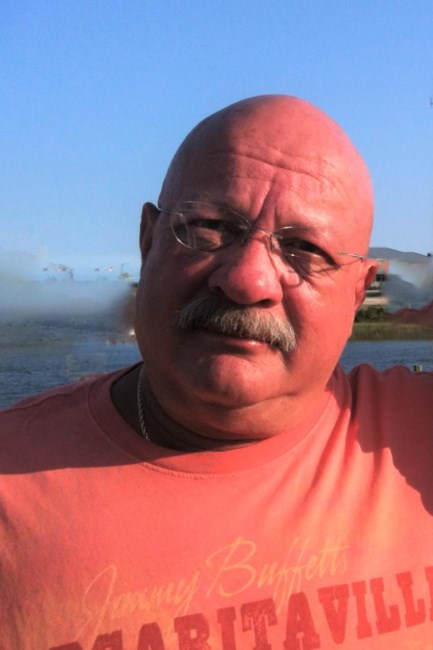 Richard “Rick” Dean Kari, 65, passed away on Friday, April 5, 2019 at Carolina Caring in Newton. He was born on November 1, 1953 to the late Reino “Ray” and Eva (Kokko) Kari in Superior, Wisconsin as the youngest of three boys. In Rick’s early years, his family left the harsh winters behind and moved to sunny Venice, FL. They then relocated to Franklin, NC, in 1968, where Rick attended high school and made his mark in theater and marching band. Working for Ingles grocery stores and Anheuser, he moved throughout Western NC; and ultimately, settled in his forever home of Hickory, NC. In 1987, he began a successful 31 year career with Frito-Lay where he received several distinguished awards; including, Salesperson of the Year over multiple years. Rick was very proud of, and meticulously cared for, every car, work truck, motorcycle, and boat/jet ski he owned. Though, he was most proud of anything Toyota and the rich family tradition of the Kari Toyota dealership which is founded on his late grandfather’s vision in the 1920s. Read more here: https://www.karitoyota.com/about-kari-toyota/. Rick had a passion for music and all things water. He collected lighthouses; and rightfully so, as a lighthouse represents solid dependability, noble dedication, and the call of the sea...that’s the man we all knew and loved. Above all, he will forever be remembered most fondly as: Dad, Ricky, Sweetie, or Paw-paw. Along with his parents, he was preceded in death by his brothers, Don Kari and Bob Kari and wife Rose; and son-in-law, Chris Fox. Survivors include his daughter, Gretchen Kari and husband Brian Fredette of Charlotte; his faithful furry son, Buddy Kari; long-time companion, Judy Hoke of Hickory; daughters at heart, Jennifer Pope (Mark Huffman), Tara Fox (Chad Williams), Tonya Deal (Dickie); grandchildren, Amanda Hoke, Kyle Fox, Jessie Deal, Sarah Gillespie (Thomas), Trey Deal, and Aaron Fox; sister-in-law, Cathy Kari; special nephew, Dan Kari; special cousins, Jim and Wayne Kari; and numerous nieces and nephews. The Kari family extends heartfelt gratitude to all those who provided exceptional care and support throughout the time of Rick’s courageous battle with terminal illness; including, but not limited to, the staff with Carolina Caring/Catawba Hospice, Catawba Valley Medical Center, and Frye Regional Medical Center. A celebration of life service will be held on Saturday, April 27, 2019 at 2:00 p.m. in the Chapel of Hickory Funeral Home. The family will receive friends prior to the service from 1:00 until 2:00 p.m. at the funeral home. In lieu of flowers, memorials may be made to Carolina Caring, 3975 Robinson Road, Newton, NC 28658.
See more See Less