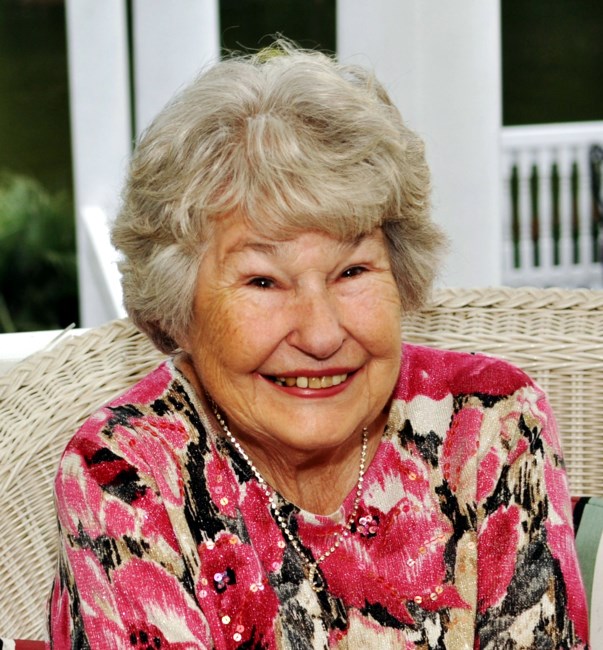 Mrs. Ruby Adeline Hall Bowman, 90, formerly of the Bethlehem Community in Alexander County, passed away Saturday, September 21, 2019, at Trinity Ridge in Hickory. She was born May 8, 1929, in Caldwell County to George Rome Hall and Ellen "Dolly" Lenore Moretz Hall. Ruby was a member of Shiloh Lutheran Church for 70+ years and her faith was always an important part of her life. Ruby was employed in the textile industry before “retiring” to raise her family. Later, she was employed by Clayton Marcus Furniture for over 30 years. Ruby enjoyed her garden and canning and preserving its bounty. She also loved her neighbors (The Vickers and The Reitzels) and adopted them as her “local family.” These families brought her great joy until the end. Ruby was preceded in death (1981) by her husband of 33 years, Clarence Eugene Bowman; and brothers, Fred (Clara Hall) and Bill Hall (Carolyn Hall) of Hickory; and sister Elsie Bowman (Claude Bowman) of Hickory. Ruby is survived by son Michael E. Bowman and wife, JoAnn Hand Bowman of Philadelphia, PA; daughter Rachel J. Bowman; a granddaughter, Kristen Rintoul and husband, Andrew Rintoul of Asheville, NC; a granddaughter, Laura Goldstein and husband, Stephen Goldstein of Philadelphia, PA; and great-grandsons Jackson Goldstein and Braeden Goldstein of Philadelphia, PA. Ruby is also survived by sisters Kathyrn Minyard (Bill Minyard) of Hickory, Fran Rosenbaum (Junior Rosenbaum) and Ellen Bolick (Bliss Bolick) of Bethlehem, Nancy Thomasson (Jim Thomasson) of Taylorsville, Alice Anderson of Hickory; and brother, Floyd Hall of Catawba County. Ruby’s family want to express their sincere appreciation and admiration to Kathryn Minyard and Melissa Reitzel for their care and company to Ruby. They would also like to express their appreciation to the staff at Brookdale Hickory Northeast. Special appreciation goes to the staff at Trinity Ridge for their care of Ruby and her family during her final days. Their kindness and caring will not be forgotten. The family will receive friends at Shiloh Lutheran Church in the Bethlehem Community from 3:00 p.m. until 3:45p.m. on Wednesday, September 25, 2019, with the graveside service following at 4:00 p.m. in the church cemetery. Pastor Harvey Blume will officiate. In lieu of flowers, the family requests donations be given to Lutheran Services Carolinas, https://www.lscarolinas.net/how-you-can-help/donate-now/, or Carolina Caring, https://www.carolinacaring.org/give.
See more See Less

In Memory Of Ruby H. Bowman