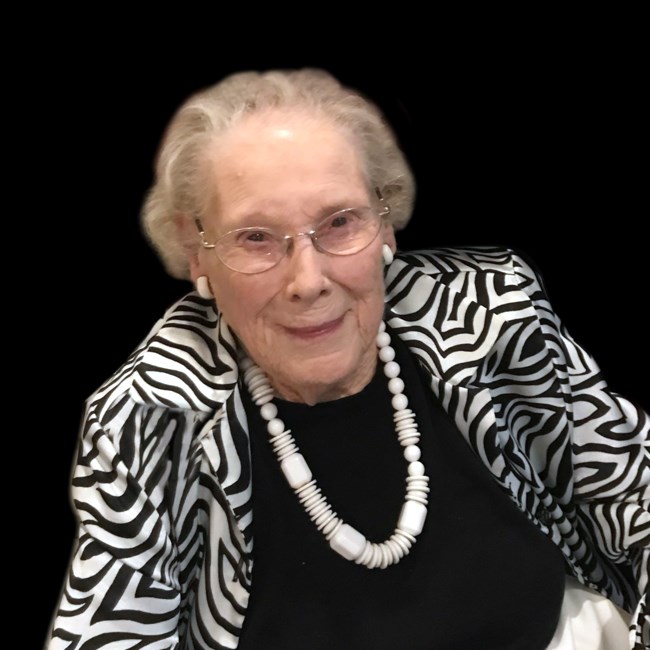 Dorothy Nabers Allen, resident of River Landing at Sandy Ridge, Colfax, North Carolina died peacefully in her sleep on January 5, 2021. Dorothy was born September 19, 1921 in Camden, AR to Dr. & Mrs. Charles Haddon Nabers. She grew up in Pensacola FL, High Point NC, and Greenville SC, where her father served as a Presbyterian minister. After graduating from Agnes Scott College in 1942, she worked for Liberty Life Insurance Company in Greenville SC and married W. Kirk Allen of Greenville in 1943. During their 64-year marriage, Dorothy & Kirk lived in California and Pearl Harbor while Kirk was a Naval Chaplain, followed by a move to Ronceverte, WV in 1946. They then served in churches in Greenville TX, Lufkin TX, Kingsport TN, and finally, in 1967, in High Point, NC where Kirk was pastor of First Presbyterian Church for 16 years. Upon Kirk’s retirement in 1983, they moved to Montreat, NC, returning to High Point in 1997 to live at The Presbyterian Home. In 2003, Kirk and Dorothy moved to the newly opened River Landing Retirement Community where Kirk died in 2007. Dorothy was devoted to her family, her church, her abundant circle of friends, traveling abroad (34 times while visiting 63 countries), and spending as much time as she could in her beloved Montreat. She is survived by two daughters, Judith Allen Hollins of Montreat NC and Nancy Allen Mackenzie of Orlando FL; two sons, Haddon Nabers Allen and wife Shelley Whitman of Ponte Vedra Beach, FL and William Kirk Allen III and wife Lisa of Fleming Island, FL: nine grandchildren, Allen Smith and wife Mary, David Allen and wife Jennifer, Zachary Whitman-Allen and wife Evelyn, Emerie Lukas and wife Erin, Anderson Mackenzie, Charlie Mackenzie and wife Megan, Taylor Mackenzie; Harrison Allen, and Caroline Allen; eight great-grandchildren, Fletcher and Campbell Allen, Matilda, Wilder and Dashiell Lemay, Owen William Mackenzie, Mikaela and Mason Allen. A Memorial Service will be scheduled at First Presbyterian Church of High Point NC at a COVID-safe time to be announced with Dr. Ken Broman-Fulks officiating. A private family burial will be at Smyrna ARP Church Cemetery in Smyrna with Dr. Allen Smith officiating. Memorials may be made in lieu of flowers to: First Presbyterian Church, 918 N. Main St., Hight Point, NC 27262; Kenilworth Presbyterian Church, 123 Kenilworth Dr. Asheville, NC 28803; Montreat Conference Center [the Allen Building] Montreat, NC 28757, River Landing at Sandy Ridge Foundation, 1575 John Knox Dr, Colfax, NC 27235. Smyrna ARP Church Cemetery, PO Box 65, Smyrna, SC 29743 Online condolences for the Allen family may be made at www.sechrestfunerals.com
See more See Less

In Memory Of Dorothy Nabers Allen