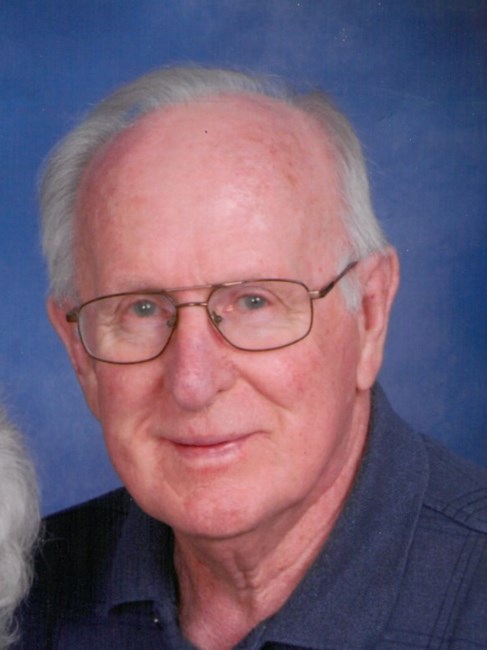 Edward F. Mott, age 92, of Holland, passed away January 19, 2022, with family by his side. Ed was a member of St Francis de Sales Catholic Church, where he served on the Parish Council and Finance Committee for 9 years. He also served as Vice President and Treasurer for the Holland Chamber of Commerce. Ed was a U.S. veteran, serving in the Air Force during the Korean War. He was stationed in Japan and received the rank of Sgt. Ed was the owner of the Color House in downtown Holland for 13 years. He enjoyed serving the public and meeting new people. Ed delivered Meals on Wheels for 18 years. He was preceded in death by his wife Freda in 2018, and a son, David in 1985. He is survived by his children: Mary-Jo and Don Kooiker of Holland, Thomas Mott of Holland, Richard and Lauri Mott of Holland, Jeffry and Kris Mott of Holland; 5 Grandchildren: Callie Kooiker and Elliot Cleghorn of Chicago, IL, Cassandra Kooiker of Irvine, CA, Nicole and Bo VanDyke of Kalmazoo, MI, Kyler Mott and Molly Fulks of Cedar Springs, MI, Ashley Mott and her fiancee Nathan Sligh of Holland; Great-grandson, Greyson Edward Mott; Sisters in law: Juliana Stoufer of Rockford, Gabrielle Baker of St. Petersburg, FL, Rene´and Beryl DeMaeyer of Grand Rapids. Visitation will be Monday, January 24, 2022 from 5:00-7:00pm at Lakeshore Memorial Services 11939 James St., Holland. Memorial contributions may be given to the Special Olympics. He will be laid to rest at Pilgrim Home Cemetery.
See more See Less

In Memory Of Edward Francis Mott