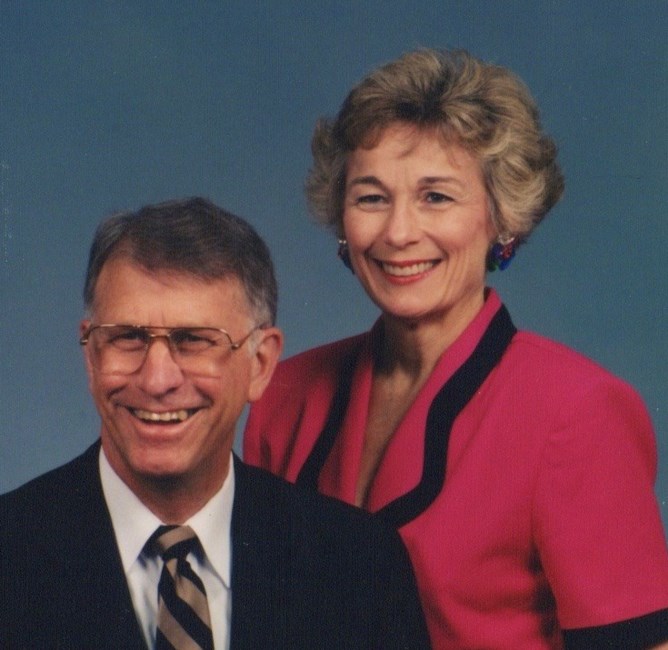 Barbara Brown Barker, born March 26, 1936, awoke in the presence of her Savior on Thursday, January 13, 2022. She was separated by death for a mere two-and-a-half weeks from her life-long love, Frank M. Barker, Jr. She was also preceded in death by her parents, Richard Hale Brown and Anita Shepard Brown, and her sister Anita Brown (John) Cowart. Barbara grew up in Birmingham, attending Lakeview Elementary and Shades Valley High School. At the age of 12, Barbara began pursuing her dream of a career as a professional ballerina with an opportunity to train at Ballet Arts in New York City. She later studied theatre at Northwestern University while dancing with a company in Chicago. Although life presented her with exciting opportunities in the world of the arts, Barbara gladly exchanged those dreams for the thought of marrying a wild navy pilot (and childhood crush) named Frank Barker. Little did she know that this unlikely candidate would become a preacher and she - also an unlikely candidate - would become a preacher’s wife in 1961! But as God brought them each, individually, to a knowledge of salvation by grace, He also knit their lives together in such a way that for the following 60 years they served the Lord as a team. In 1980, Briarwood Church (begun by Frank in 1960) invited Barbara to use her gifts to begin a ballet ministry in the afternoons. Armed with the conviction that the arts were to be used for God’s glory, Barbara began Briarwood Ballet with 45 students that first year. Since that time, thousands of students have been trained in classical ballet for the glory of God. She also formed 2 performing companies, Ballet Exaltation and Immanuel, both of which have served as missions arms of the ballet, performing both locally and internationally. Barbara wrote and taught hundreds of Bible studies, wrote poetry, and was a sought after speaker both nationally and internationally, but nothing brought her more joy than serving the Lord side by side with Frank and opening her home to tell others about Jesus Christ. Barbara will be greatly missed by her three children, Anita (Billy) Barnes, Frank (Pam) Barker, III, Peggy (Tim) Townes; her sister, Margaret Brown Evans (Barry); her 14 grandchildren; her 9 (plus 2 on-the-way) great grandchildren; thousands of ballerinas; and untold numbers of those who call her their spiritual mother. Graveside services will be conducted at eleven o’clock in the morning of Friday, the 21st of January 2022 at Alabama National Cemetery located in Montevallo, Alabama. A memorial service will then be held at Briarwood Presbyterian Church on Sunday, the 23rd of January 2022 commencing at two-thirty in the afternoon. In lieu of flowers, memorial gifts may be sent to Briarwood Ballet (briarwood.org/ballet/about). Services are under the care and direction of Ridout’s Valley Chapel (205-879-3401) in Homewood.
See more See Less

In Memory Of Barbara Barker