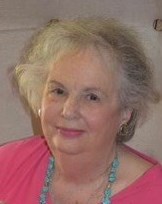 But of that day and that hour no one knows, not even the angels in heaven, nor the Son, but only the Father.” Mark 13:32. On Saturday, the 15th of January 2022 Elaine Jones, in her stillness, heard that sweet voice. He was calling her home. Surrounded by her children and family, a calm and peace announced their loving mother had now entered Heaven’s gates. Mrs. Marcus Jones, Jr., born December 8, 1933 in Alabama, died at 88 years of age. She was preceded in death by her life long love, Marcus A. Jones, Jr.; by her parents, Henry Eskel Vinyard and Rose M. Britt; and by her stepfather, Herman Edgar Britt. Elaine attended Ensley High School and Business College, and was a gracious, God-fearing woman. Her foundation of life was home, children, charity and love including a deep passion for Alabama football, NFL football and sports in general. She lived her life with a passion and shared her zest of life with everyone. The principals she gave at home, she also nurtured, mentored and shared with her children, their friends and families of those less fortunate. If ever a crisis or calling, Elaine was the first to step up to the plate with great passion and joy. She was not a woman to stand on the sidelines. She lent her voice to several arenas, and her beauty and brawn to accomplish a passion to fuel the fire from her heart and soul. One may be greater in accomplishment, the other greater to humanity and a reverence for quality of life and mankind. Elaine was a member of Canterbury United Methodist Church; Salvation Army Women’s Auxiliary and past President; member of Salvation Army ARC Council, Angel Tree, Youth Emergency Services, Girls’ Lodge and many more. She received Salvation Army Territorial Women’s Award and was JC Penney’s Volunteer of the Year. She also formed Women’s Auxiliary in Alabama, Mississippi and Louisiana. Elaine served as past president of many organizations including the Birmingham Board of Children, Women’s Committee of 100, Alabama Federation of Women’s Club where she also started the Juniorettes which helped support the Special Olympics, UMW, Alabama Symphony Association, Committee Chairman for Decorator’s Show House, and Committee Chairman for Jewels and Jeans. She was also a board member of the Prescott House, Corporate Foundation for Children, March of Dimes, Girls’ Club, Birmingham Southern College Arts Council and Arlington Historical Association. She was always quick to say Salvation Army was her first love. A member of Wellington Garden Club, she loved needlepoint, knitting and gardening. She enjoyed knitting and playing cards with her friends in later years. She is survived by her brother, Donald R. Britt of Birmingham, AL; three children, Marcus A. Jones, III (Kathy), Cathy J. Daniel (Randy), both of Birmingham, AL, and Donald E. Jones (Roxanne) of Charleston, SC; six grandchildren: Patrick J. Eades of Birmingham, AL, Ashley J. Brooks (Harry) of Lincoln, AL, Megan J. Walker (Cody) and Marcus A. Jones, IV, of Birmingham, AL, Caroline J. Patterson (John) of New York City, NY, and Margaret Rose Jones of Charleston, SC; five great grandchildren: Adele and Beau Eades; Abby and Harper Brooks; and Rennie Walker. The family would like to thank the staff at Longleaf Assisted Living, sitters Diane Spencer and Faye Anchrum, the nurses at Compassus Hospice as well as many friends and loved ones that helped along the way. Friends are cordially invited to the visitation being held from eleven o’clock in the morning until one o’clock in the afternoon on Friday, the 21st of January, at Ridout’s Valley Chapel in Homewood. Funeral services for Mrs. Jones will be conducted at one o’clock in the afternoon. Burial will immediately follow, via escorted cortege, in Birmingham’s historical Elmwood Cemetery. Memorials honoring the life of Elaine Jones may be directed to the Salvation Army. Services are under the care and direction of Ridout’s Valley Chapel (205-879-3401) in Homewood. We invite you to take a moment to share memories and words of comfort and condolence with her family by selecting the "Add A Memory" icon below.
See more See Less

In Memory Of Elaine Vinyard Jones