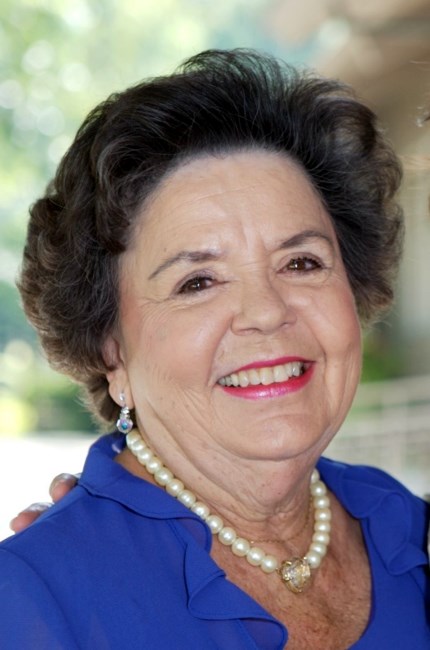 Peggy Morris Conway Fortier was welcomed into the arms of her Savior on July 27, 2022, at the age of 94 at the home where she lived for the past 60 years. Peggy was born in Birmingham on September 10, 1927, and was the daughter of Lillie Ware Ard Morris and John Lewis Morris. She attended Ramsay High School and graduated from the University of Alabama where she was a member of ADPi sorority. It was at the University where she met a young law student, Timothy Michael Conway, Jr. They later married in 1950 and had 3 children. Tim passed away in 1986. Peggy was known for being a fabulous cook, but her passion was always flowers. She was quite artistic and began flower arranging for friends as a hobby, eventually forming a successful business as a highly sought-after floral designer for weddings and events in Birmingham and around the Southeast. For many years she also taught flower arranging classes at The Botanical Gardens and Mt. Brook Community Education. In 1995 Peggy married L. Renshaw Fortier. They shared their time between Ren’s home in Virginia Beach and Birmingham and travelled extensively until his passing in 2013. Peggy was a long-time member of Briarwood Presbyterian Church. Peggy is survived by her children: Arden Conway Richards (Don) of Birmingham, Timothy Michael Conway, III (Louise) of Houston, Texas and Pamela Conway Nicastro (Norm) of Huntsville. Peggy was also blessed with 8 grandchildren: Christopher Timothy Richards (Stewart), and Arden Catherine Richards Richardson of Birmingham, Anne Louise Conway Blanchard (Brett) of Houston, Texas, Caroline Conway Lipscomb (Stephen) of Dallas, Texas, Timothy Michael Conway, IV of (Austin, Texas), Marian Grace Nicastro, Madelyn Kate Nicastro of Huntsville and Lawrence Michael Nicastro of Denver, Colorado as well as 7 great grandchildren. Peggy is also survived by Ren’s children; Richard J. Fortier (Nancy); Claire Fortier (Maria); L. Renshaw Fortier, Jr. (Anna); Louis Joseph Fortier, Jr. (Karen) Julia Fortier (Ben), and their children and grandchildren. The family would like to thank her loving caregiver and companion, Veronica Lewis for many years of care and devotion. A graveside memorial service will be held at Elmwood Cemetery on Saturday, August 6, 2022 at 10:30am. The family requests that donations be made in Peggy’s name to Trinity Counseling: 1025 Montgomery Hwy; suite 214; Birmingham, AL 35216, or Briarwood Presbyterian Church: 4200 Briarwood Way; Birmingham, AL 35243 Fond memories and expressions of sympathy may be shared at www.ridoutsvalleychapel.com for the Fortier family.
See more See Less