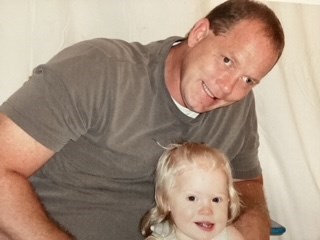 Clark Boyd Dorsey, 52, of Homosassa, FL, passed away on Mon., Jan. 16, 2023 at his home. A native of Cynthiana, KY, Clark was born Nov. 1, 1970 to Robert O. and Sara Kaye (Boyd) Dorsey, one of three children. He moved to this area in 1984 from his native Cynthiana and earned an AB Degree in Computer Technology, which led him to a long career in cable communications. He was employed by Comcast as a cable installer and also held a position as a troubleshooter in radio frequency with Hotwire, Inc. Clark was an avid Star Trek fan and his perfect day would include fishing and project tinkering, but his primary focus would be spending as much time as possible with family and friends. Mr. Dorsey was preceded in death by his father Robert O. Dorsey and four uncles; William A. Dorsey and Ronnie, Dallas and Richard Clark. He is survived by his two children; Sage DeGraff of Crystal River, FL and Kaylee Dorsey of Newberry, FL; his mother Sara K. Dorsey of Homosassa; his brothers Jeff Dorsey (wife Debbie) of Homosassa and Scott Dorsey (wife Louanne) of Inverness, FL; uncles Randy Boyd (wife Liz) of Jacksonville, FL; John Redd (wife Dorothy) of Lexington, KY and aunt Peggy Hilger of Clearwater, FL; nephews Craig Dorsey of Fort Meyers, FL and Justin Dorsey of Portland, OR, as well as good friends Chuck and Rodney. Wilder Funeral Home, Homosassa, FL. www.wilderfuneral.com
See more See Less

In Memory Of Clark Boyd Dorsey