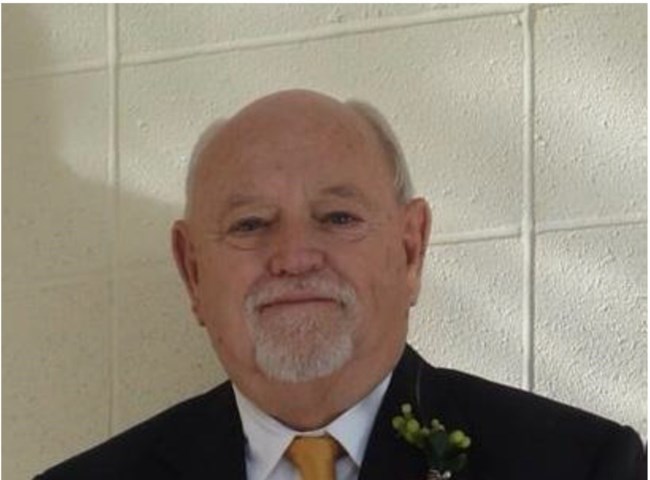 Charles Ellis Evans, 82, died at his home on Jan. 23, 2022. He was born to Charles Ottie Evans and Mabel Irene Atkins Evans on Oct. 19, 1939 in Hot Springs, graduated from Hot Springs High in 1959 and was honorably discharged from the U.S. Marine Corps. He attended Garland County Community College and many training events during his long law enforcement career. Charlie’s life was marked by four long-term loves -- his relationship with Jesus Christ, his large family and many friends, helping people through law and security, and the outdoors around his hometown. He was raised an active member of Park Place Baptist Church and involved in building Trinity Church at its current location on Panama Street as well as their feeding program and mission trips. In time he helped organize worship for Oaklawn Race Track employees and workers on the “backside.” Finally he assisted in starting the Oaklawn Backside Chapel, where he worshiped, and its chaplaincies for all comers. Working in his family’s shooting gallery on upper Central Avenue when a teen, he next drove an ambulance for Gross Mortuary before joining the Hot Springs Police Department on his 23rd birthday. Charlie attained the rank of lieutenant and especially enjoyed narcotics investigation and canine training. He retired in Jan., 1986 to run for Sheriff. He simultaneously directed security at the Hot Springs Mall and at Oaklawn for several years before becoming a racing official, Director of Security at Oaklawn from 1987 to his retirement in 2014. Charlie encouraged the modernization of surveillance, safety and through work with Thoroughbred Racing Protective Bureau, background checks for licensing of backside workers. Charlie is survived by his daughters Debbie Varnell (Mark) and Shannon Evans (Tim Hughes), the Segal children, and stepdaughters Misty Glaze, Stacy Dukes, Cary Fortenberry (Jason), and Christen Horton (Ryan). Grandchildren celebrating Papa’s life are Connie Segal, Stephen DeGrasse (Katrina Taylor), Chris DeGrasse, Alex DeGrasse, and Elijah Evans-Hughes. Surviving great grandchildren are Lucas Segal (Emily), Austin DeGrasse, Bailey DeGrasse, Andrew DeGrasse, Colby DeGrasse, Ella Segal, and Preston DeGrasse. Beloved nephews and nieces, special friend NiAnn Thompson and many local and far-flung friends mourn his passing. Pre-deceasing him were his half sisters Alene Evans and Jackie Evans Collins, wife Sandy Dukes Evans, and step-son Stephan Dukes. Charlie loved to tell stories about running around Park Avenue and over nearby mountains with his buddies. He knew every street in town as well as every trail, waterfall, swimming hole, fossil field for miles around and shared his love of nature and lots of adventures with family and friends. An avid reader, Charlie’s lifelong interest in learning, his love of animals, his quick sense of humor and his pride in Hot Springs were his well known traits. Memorial service will be held at 10 a.m. on Thursday, Jan. 27, at Trinity Church with assistant pastor Bobby Thornton and Chaplain Rich Heffington of Backside Chapel officiating. Memorials may be made to Backside Chapel, P.O. Box 20564, Hot Springs, AR. 71913 or Trinity Church, 670 Panama Street, Hot Springs, AR 71901. Honorary pallbearers are Dr. Robert Muldoon, Dr. Charles Wright, Arkansas Hospice, and Hot Springs High School Class of 1959.
See more See Less

In Memory Of Charles Ellis Evans