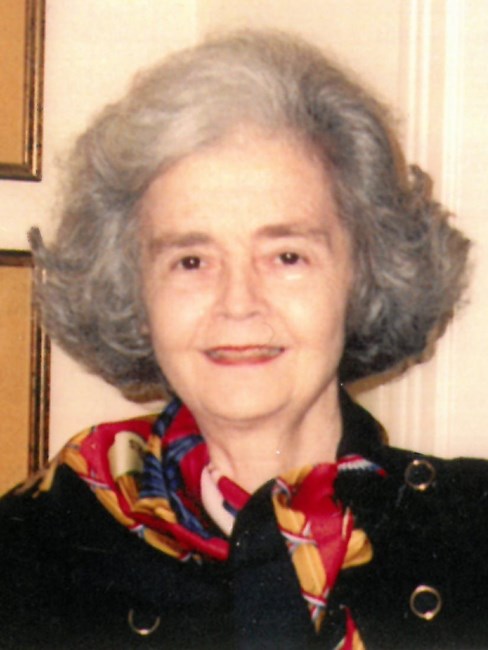 Vernon “Betsy” Burrows passed away on Wednesday, the 3rd of August 2022, in her home at the Buckingham in Houston. She was 95 years of age. Born on the 23rd of August 1927, Betsy was the daughter of the late Julian Sage Burrows and the late Vernon Riddick Burrows. She grew up in Houston and attended River Oaks Elementary and the Kinkaid School. She graduated from Chatham Hall in Virginia and Smith College in Massachusetts. Upon returning to Houston, Betsy went into real estate. She was a member of the Bayou Club, the Junior League, the National Society of Colonial Dames, the Assembly, and the Town and Country Garden Club. She is preceded in death by her parents; her brother, Julian Sage Burrows, Jr.; and nephew, Julian Sage Burrows, III. Betsy is survived by her sister, Jane Burrows Emerson; her niece, Nancy Jane Burrows; her nephews, Richard Riddick Burrows and his wife Melanie Burrows, Sigurd F. Emerson, Jr., Nelson B. Emerson and his wife Patricia Emerson, and Peter Cornell Emerson; great-niece, Haley Durbin and her husband Robert; and great-nephews, Richard Burrows, Jr., Sage Burrows, and Andrew Emerson. The family gathered for a private interment earlier this week at Forest Park Lawndale Cemetery in Houston.
See more See Less

In Memory Of Betsy Burrows