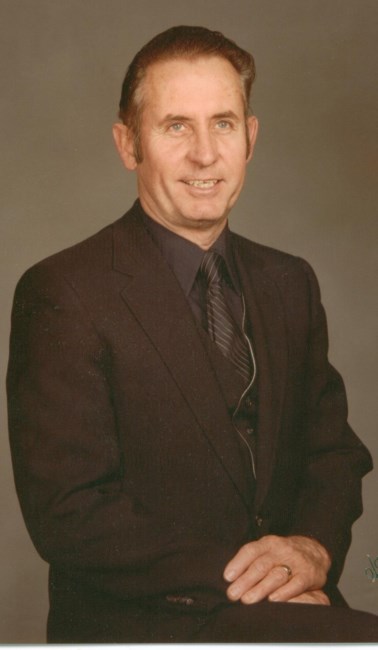 Billy Lee Allensworth passed away on February 3, 2022 in Fort Worth, Texas. He was born on June 12, 1931 in Oklahoma City, the second son of Oliver Armstrong Allensworth and Ara Velma Cheek Allensworth. During the Great Depression, the family moved to Houston, Texas, where Oliver found work in the Brown shipyards as World War II approached. Bill's brother Harold, a turret gunner on a B-24 bomber, was lost on D-Day, June 6, 1944. After the war, the family briefly moved back to Oklahoma City before returning to the Houston area in Spring Branch. They had previously lived in Houston's West End. Bill attended Spring Branch High School. In West End, Bill met Shirly Ann Leu and in 1953, they married. They and their family of three sons, Bobby, Wayne, and Marvin, lived in a house Bill built in Spring Branch, a house that would always be home to the boys no matter where they were. Bill was a carpenter, a man skilled with his hands who took great pride in his work. The house his family lived in included furniture Bill built himself. Bill coached little league baseball, and Shirley made a home for the family. They were both active in the Northbrook High School Booster Club, and were members of Messiah Lutheran Church, then Concordia Lutheran Church in Spring Branch. Bill and Shirley's house, a house built on love, would be haven for a number of their sons' friends over the years. That house became a welcoming second "home" for them, and a focal point for social gatherings for all their "children." Shirley passed away in 2015, and Bill became the beloved patriarch of the family. They had moved to Fort Worth in 2013 and lived out their lives there. Bill is survived by his sons, Bobby, Wayne (and his wife Stacy), and Marvin (and his wife, Shavonn), grandchildren Tyler Allensworth (and his wife Kacy), Nick Allensworth (and his wife Liz), their mother Susie, Elizabeth Allensworth Merino (and her husband D.J.), Rachel Allensworth, Matthew Allensworth, Kaler Allensworth Davis (and husband Skip), and Jacob Allensworth, as well as great grandchildren June Allensworth, Aubrey Allensworth, Amelie Merino, and Eloise Merino. The viewing will be at Memorial Oaks, 13001 Katy Freeway in Houston, on Friday, February 11, 5-8. The funeral will be held, on Saturday, February 12 at 11am at Concordia Lutheran Church, 4115 Blalock in Spring Branch.
See more See Less

In Memory Of Billy Lee Allensworth