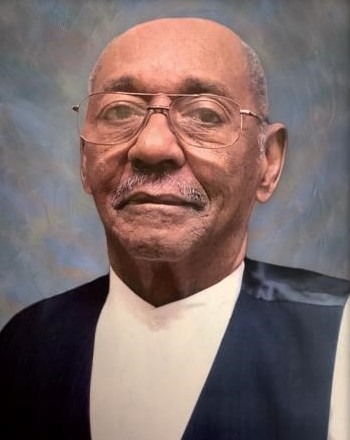 It is with great sadness that we are writing the story of Reverend Charles King Jr.’s life. He lived an adventurous 87 years. His birthday was May 19, 1934. Funeral arrangements: Brookside Funeral Home – Champions 3410 Cypress Creek Dr., Houston, Texas 77068, on Saturday May 14th with the viewing at 10:00 am followed by service at service at 11:00 and repass to follow. He was preceded in passing by his parents Charles and Annie King. His sister Jeanette Carolina, and his sons Charles Clinton King and Phillip King. Rev. King leaves behind is beloved wife of 41 years, Dorothy King . He is also loved dearly and will be missed by his sister Audrey Lewis of Las Vegas, Nevada, living children Lamont and Sandra King of Erie, Pennsylvania, Darryl King of Houston, Texas, Kimberly and James McCullum, of Charlotte, North Carolina, Angela Brown of Lufkin, Texas, Annie King and Leona King of Houston, Texas. He had 23 grandchildren and 24 great grandchildren and 3 great, great grandchildren and nieces and nephews that loved him. Charles lived in Pittsburgh where he had multiple careers, including owning a restaurant. He was proud of the fact that he worked with Dr. Jonas Salk. He lived in multiple cities including Detroit, Cleveland and Houston where he was involved in the community, working tirelessly to improve the lives of young people and the homeless. Charles loved the Pittsburgh Steelers no matter how good or bad they played. He also enjoyed the outdoors, hunting, fishing and boating. Whenever possible, Charles would be outdoors with his children or grandchildren. He liked to travel and spend time with his extended family in Michigan, Virginia, Maryland and California. Charles was a member at Champions Forest Baptist Church for the last several years of his life. He was also a member of Antioch Missionary Baptist Church and Fallbrook Baptist Church.
See more See Less