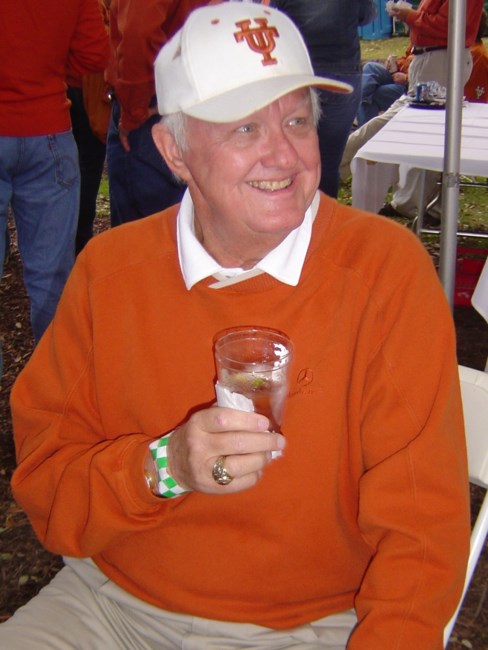 DONALD WAYNE NEUENSCHWANDER “DON” Born February 18, 1935 to Gus and Stella Neuenschwander in Austin, Texas. After a short time in Wichita Falls, Texas, he moved to Houston, where he made his home for life. For a brief 10 years after retirement he and his wife, Kathy resided in Kerrville, Texas, until moving back to the Houston area to Weston Lakes, Texas in 2016. He is survived by his loving wife, Son, James Brody Neuenschwander and wife, Nadine, of Bruges, Belgium, Daughter, Caron LaMay of Houston, and Daughter, Christi Parker and husband, Rob of Houston. He is also survived by his 4 granddaughters who were his pride and joy, Sophia LaMay, Phoebe LaMay, Clara Neuenschwander and Loulie Parker. Preceeding him in death were his parents, Gus and Stella Neuenschwander of Houston, and sister Patty Tully of San Antonio. Don was a loving Father, Grandfather, Husband, and Friend to many. He loved people and loved to help anyone he saw in need, especially children and students. He helped many young people with college tuition so that they could have a better life and someday “Pay it Forward” to someone else when they became successful. After years of enjoying his favorite pastime of Golf, Don decided to give up golf and turn to the sport of riding and showing cutting horses, which he did for over 25 years. He had many horse related accidents and became quite the victim of great stories among the Cutting Horse industry. When he was in or near a cutting arena, he was known as “an accident waiting to happen”. He was a Lifetime Vice President of the Houston Livestock Show and Rodeo and was inducted into the National Cutting Horse Members Hall of Fame in 2010. Don was a graduate of San Jacinto High School where he was known as “Neuen the Bruin”. He remained friends with many of his high school friends until his death. He also received his BBA at The University of Texas in 1957 and was a member of Sigma Phi Epsilon, a Life Member of Texas Exes and former President of the Houston Texas Exes Association. He had an everlasting love for The University of Texas and in 2010, The Donald Wayne Neuenschwander Endowed Presidential Scholarship in Business was created in his honor. After College, Don passed the CPA exam and completed Law School. He was a partner with Alexander Grant and Co. which later became Grant Thornton Public Accounting Firm. In the late 1960’s Don decided he wanted to “be his own boss” and left public accounting and worked with Bob Lanier acquiring and managing banks in the Houston area. As he learned the ropes and with the blessing of Mr Lanier, he went on his own and started acquiring troubled banks and making them profitable. He started one of the earliest “Boutique Banks” in Houston in the Medical Center “Med Center Bank”. He continued helping troubled Banks and spoke at conventions and banking institutions throughout the U.S. and England. He later acquired Rosenberg Bank and Trust, in Rosenberg where he worked until his retirement in 1990. Don’s most prized accomplishments were his 3 children and their education and successes. He loved each of them and his 4 granddaughters and loved to talk about the accomplishments of each one. He also loved and respected the mothers of his children, who always remained family members and were never considered exes. Kathy shared his feelings that once you have a child you are never divorced from their mother. Don was very complex in his beliefs and loved history. He was an avid reader and loved to send books to friends. He was quite the historian and shared the story of the history of the Comanche Trace, previously the Shelton Ranch, for many years with his friends in Kerrville. Don established a charitable foundation, MyFriends, over 45 years ago and with a group of great volunteers, raised and contributed over $4 million to help children in crisis. Contributions in Don’s memory may be made to MyFriends at P. O. Box 25294, Houston, Texas 77265. There will be a private family burial. Kathy would especially like to thank Patty Garcia for her care and concern for Don as she loved him like a Father. Don will be extremely missed as he leaves a void in the lives of many who love him as he was truly “larger than life”.
See more See Less

In Memory Of Donald Wayne Neuenschwander