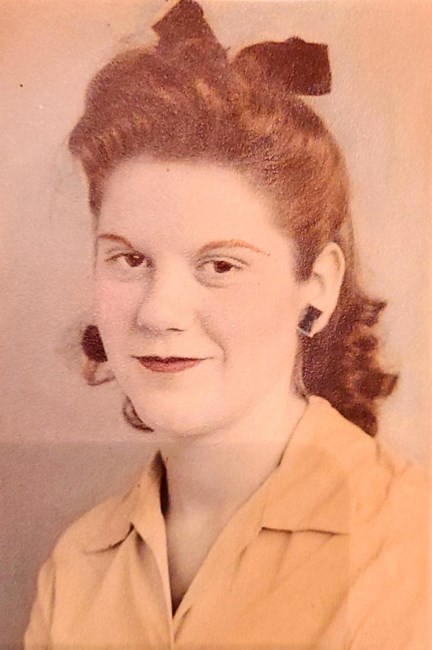 Doris G. Foster, 94, of Houston Texas died the evening of Tuesday September 20, 2022. She passed peacefully, surrounded by her family. Doris was born in Kansas on July 27, 1928 to Stacy and Vernie Gilliam. She was the youngest of five children. Stacy and Vernie moved Doris and two of her four siblings to Freeport, Texas for work with the Dow Chemical Company. Doris began her own working career at Dow in 1944 where she remained until her retirement in 1990. Doris married Edward “Pat” Foster in 1950. The two adopted their son Philip in 1957 and their daughter Susan in 1960. In 1962 Pat and Doris built a house in the Memorial area of west Houston where Doris resided until 2017 when she fled the floods caused by hurricane Harvey. Doris was a dedicated gardener who spent countless hours digging and pruning in her back yard. More recently she cultivated a notoriously dense patio garden that ran beyond the bounds of her own property line. She was an active member of Memorial Church of Christ for thirty years, making lasting friendships with fellow parishioners. For decades, Doris and her longtime companion Chester “Chet” Baird spent their evenings at the stadium or on the couch watching the Astros play baseball. Chet was a welcome presence in the Foster household and part of many family events and holiday gatherings until his passing in 2010. Above all Doris was a devoted mother and grandmother. She was a reliable and gracious host for holiday celebrations and she opened her arms, her home, and her wallet to her family whenever they needed her. She is survived by her two children Philip (Mary) and Susan; four grandchildren, Jason, Philip Jr., and twins Joseph and Sarah; and three great grandchildren, Julien, Aiden, and Elliot. Doris’ brother Clarence died suddenly in 1962, followed by her father Stacy in 1972. Both her mother Vernie Gilliam and her husband Pat passed away in 1982. Her older sister Gladys died in 1990. Her brother James spent his last years with Doris before he died in 1999. Her brother Vernon died in 2002. The Fosters are grateful to the staff of the Eagle’s Trace Senior Living Community and the Houston Methodist Continuing Care Hospital for the warm and careful treatment they provided Doris in her final days. Services for Doris will begin with a visitation 1:00 PM Wednesday, September 28, 2022 at Memorial Oaks Funeral Home, 13001 Katy Fwy, Houston, TX 77079. A reception will begin at 3:30 PM after Doris is committed to her final resting place. Fond memories and expressions of sympathy may be shared at www.memorialoaksfunerals.com for the Foster family.
See more See Less

In Memory Of Doris Gilliam Foster