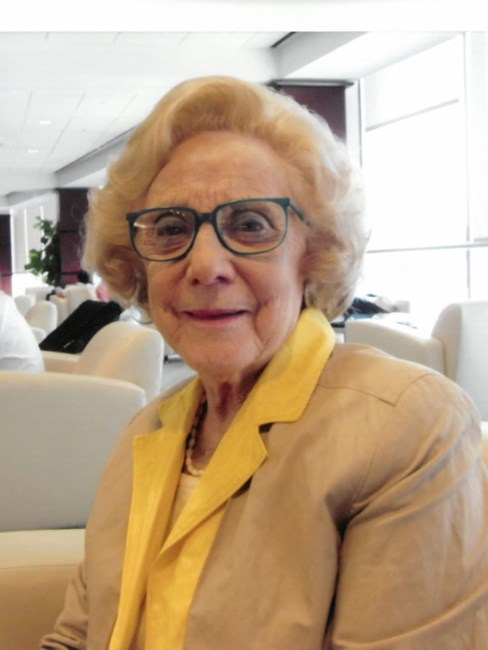 Ethel Jean Amsler Cathriner peacefully passed into the loving presence of her Lord and Savior on Thursday, the 19th of January 2023, surrounded by her family. Jean was born at home in Hempstead, Texas on the 1st of March 1932, the second child of Lamar B. and Ethel V. Newman Amsler. Jean and her brother, Bobby, had a truly charmed childhood growing up in a small rural town with many pets, farm animals, friends, and family close by. In 1949 Jean graduated Valedictorian from Hempstead High School and at the insistence of her beloved cousin, Maxine Robison matriculated to “The University” (UT – Austin). Jean followed in Maxine’s footsteps and pledged Kappa Alpha Theta where she made many life-long friends. It was during Jean’s freshman year that her beloved big brother, a senior at A&M was killed in a car accident; a tragedy that had a significant impact on Jean and her parents. Jean received her BA in history from UT and after graduation interviewed with Pan American Airways to become a stewardess. Pan Am required two languages and fortunately she passed the Spanish language test. After training in Miami, she was stationed in New York and was assigned the Latin American route affectionately known as the “Rhumba Run.” She traveled throughout Mexico, Central, South America and Cuba. When Pan Am began service from Houston, Jean transferred to Houston. It was on a flight from Acapulco to Houston that Jean met a young, handsome transplant to Houston from Southern California, William Cathriner. There was an immediate spark. On that long flight the two found they had many mutual Houston friends. This was the beginning of a 65-year love affair. Jean and Bill were married on the 21st of September 1957, in Hempstead, Texas. Pan Am required stewardesses be single. Jean retired from Pan Am and as a wedding present, Pan Am gave the young couple tickets to fly anywhere they wished. They spent their honeymoon on “The Grand Tour” of Europe. Jean’s focus now became her family. In 1958, a daughter was born and four years later, a son. Jean was involved in all aspects of her children’s lives. When her children were young but in school, Jean obtained a teaching certificate and substituted in HISD schools throughout Houston. She also received a real estate license and practiced with Betty James Realty. Jean was a devout student of the Bible and involved in numerous Bible studies. She was active in the Theta Alumnae and very active in the Theta Charity Antique Show. She was one of the first members of The Antique Study Group and was a Blue Bird volunteer for many years. In 1982 she became a Bayou Bend Docent and loved sharing Bayou Bend with guests. Part of a family that has been in Texas since 1832; history and especially Texas history was important to Jean. She loved being a member of the Daughters of the Republic of Texas. Adventurous and outgoing, Jean made many friends in these various groups and loved volunteering with them. Jean’s life was an example of one who loved God and cared and thought of others more than herself. She always saw the glass half full, not empty. She had a sure and steady hope, which was an outpouring of her faith. Jean was always moving forward. In her last years, she developed vascular dementia. She loved going to Amazing Place, which truly is an amazing place; full of love, encouragement and support. As her dementia grew more debilitating, she never lost her love for and gratitude to those around her and those who ministered to her. We are grateful to those saints who walked this journey with Jean and her family. We want to thank her doctors, especially her cardiologist, Dr. David Aguilar; her dear caregivers, especially, Dora Reyes, Gigi Terrones, Blondy Castro, Yinka Adeyemo and Elizabeth Flores. Jean is predeceased by her parents, Lamar B. and Ethel Newman Amsler, and her brother, Robert Lamar Amsler. Jean is survived by her husband of 65 years, William W. Cathriner; her daughter, Cheryl Cathriner Fossler (Andrew), her son, William W. Cathriner II (Jacqueline); her two granddaughters, Anne Cathriner Stephens (Charles) and Virginia Goss Cathriner. A memorial service is to be conducted at two o’clock in the afternoon on Saturday, the 28th of January, at the Church of St. John the Divine, 2450 River Oaks Boulevard in Houston, where the Rev. Dr. R. Leigh Spruill, Rector, and The Rev. Dr. Doug Richnow are to officiate. Immediately following all are invited to gather and share remembrances of Jean during a reception in the adjacent Sumners Hall. In lieu of customary remembrances, the family requests with gratitude that memorial contributions in her name be directed to Amazing Place, 3735 Drexel, Houston, TX, 77027; St. John the Divine, 2450 River Oaks Boulevard, Houston, TX, 77019; The Theta Charity Antique Show Acquisition Endowment at the Bayou Bend Collection and Gardens, MFAH, P.O. Box 6826, Houston, TX 77265; or the charity of your choice.
See more See Less

In Memory Of E. Jean Cathriner

The Church of St. John the Divine

Immediately following the service all are invited to greet the family during a reception in nearby Sumners Hall.