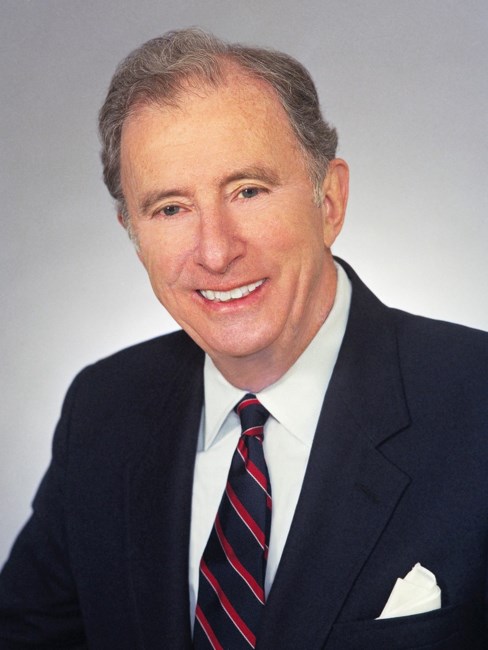 Edmund Alpheus Gehan, 92, passed away on Tuesday, the 28th September 2021, in Houston, Texas. Ed was born the 2nd of September 1929, to Edmund and Irene (Kilmartin) Gehan of Brooklyn, NY. He graduated from St. Augustine's High School in Brooklyn and earned a BA in Mathematics from Manhattan College in 1951. He later pursued graduate work at the University of North Carolina earning a Masters and later a PhD in Experimental Statistics and Public Health in 1957. For most of his life, Ed called Houston and the Washington, DC area his home, but cherished the time he lived in Chapel Hill, London, and Paris. Ed lived his life to the fullest and was a Brooklyn boy at heart. He had an accomplished career and earned recognition from his peers for significant accomplishments while maintaining passions for many varied life experiences. He loved and nurtured in others a passion for the outdoors, athleticism, travel, and comedy skits. A man of faith, Ed and his loving wife, Brenda, instilled their Christian values in their children. He always had a smile and a natural curiosity to learn from others. Above all, Ed was a loving husband, father and strong family man who treasured spending time with his children, grandchildren, and extended Gehan/McKeon family. For more than 60 years, Dr. Gehan worked as a biostatistician collaborating with cancer research investigators at the National Cancer Institute, The University of Texas M. D. Anderson Cancer Center, Birkbeck College (London), The University of Paris and, most recently, as Emeritus Professor of Biostatistics at the Lombardi Cancer Center at Georgetown University. He was an elected member of the International Statistical Institute, a Fellow of the American Statistical Association and held the office of President of the International Biometric Society (Eastern North American Region) and the International Society of Clinical Biostatistics. One of his most significant statistical accomplishments is the development of the Gehan-Wilcoxon test which plays a critical role in developing the understanding of effectiveness of cancer treatments on patient survival. He greatly enjoyed collaborating with colleagues and particularly valued his time working with Sir David Cox, Dr. EJ Freireich, and Dr. Emil Frei. His collaborations with Drs. Freireich and Frei led to improved models for evaluating leukemia therapies for survival which was a landmark contribution to the field. Overall, he contributed to more than 225 statistical and collaborative publications with research scientists, including first authorship of the text: Statistics in Medical Research: Developments in Clinical Trials (1994). He made many important contributions to biostatistical methodology in survival analysis, Phase II clinical trials, prognostic factor studies and served on the editorial boards of several high impact medical journals. Trekking in Nepal, skiing in the Alps, and rafting in the Grand Canyon are adventures that Ed cherished and shared with his family. Experiencing new cultures to broaden his outlook was a guiding principle. For Ed, this also meant car travels across the country, family ski vacations, summer beach weeks, and a family sabbatical in Paris. Ed led an active life and was an avid jogger, completing 7 marathons. He started playing bridge as a young boy and went on to earn many Life Master points. Ed had a quick wit and a generous heart, always asking how he could be of help. As a gifted storyteller and wanting to share his life story with family and friends, he wrote and published his memoirs in 2017. He was preceded in death by his loving wife of 51 years, Brenda McKeon Gehan, and his brother, Donald Gehan. Ed is survived by his five children and ten grandchildren. James (Jennifer) of Wellesley, MA, Laura of Houston, TX, Carole (Scott) of Seabrook, TX, Diane (Jeff) of Austin, TX, Margery (Monica) of Annandale, VA. Grandchildren: Matthew Counts, Caroline Counts, Michael Welsh, Audrey Welsh, Patrick Carpenter, Grace Carpenter, Andrew Carpenter, Luke Carpenter, Nicholas Gehan, Emma Gehan. Ed’s circle of family and friends grew over the past several years in the close relationships he developed at Brazos Towers. Ed and the family were especially glad to have the invaluable support and care from Felisha Lockridge and Theresa Boutte. Friends are cordially invited to a visitation with the family from five o’clock in the afternoon until seven o’clock in the evening on Friday, the 8th of October, in the Jasek Chapel of Geo. H. Lewis & Sons, 1010 Bering Drive in Houston. Recitation of the Holy Rosary will commence at half-past four o’clock and all are welcome to attend. The Mass of Christian Burial will be celebrated at half-past ten o’clock in the morning on Saturday, the 9th of October, at St. Thomas More Catholic Church, 10330 Hillcroft Street in Houston. A reception is to follow at a venue to be announced during the service. A funeral service at St. Augustine Catholic Church and burial at Holy Cross Cemetery in Brooklyn, New York will be held at a later date. In lieu of customary remembrances, please consider making a donation to the Edmund Gehan Scholarship at Georgetown University- Department of Biostatistics. (https://biostatistics.georgetown.edu/gift/).
See more See Less

In Memory Of Edmund A. Gehan