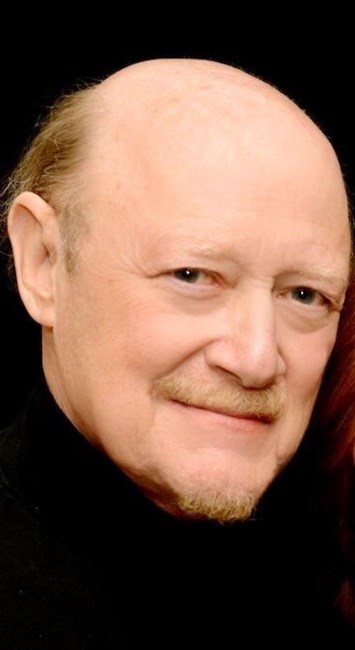 Edward Clyde Fallick, 73, passed away peacefully at home on July 25, 2022. We mourn his death and celebrate his life. Ed was born to Nathan and Muriel Fallick in 1948 in Flatbush, Brooklyn. He graduated high school at 16 years old and finished medical school at Kirksville College of Osteopathic Medicine in Missouri by 21 years old. During a residency at the Children’s Psychiatric Hospital at the University of Michigan in Ann Arbor, Ed met the love of his life, Leticia. After she rebuffed his initial advances, she agreed to a first date and they began a lifelong love affair. The two settled in Houston, Texas and stayed there for 41 years. Ed was a Renaissance man. He could speak at length about art, culture, and music (Bob Dylan was a favorite). He lived with class and style— even at home, Ed always dressed up and wore cologne— but he was also unpretentious enough to get teenagers to talk about their feelings. Unsurprisingly, he forever endeared himself to friends and neighbors. Throughout his life, Ed was devoted to helping as many people as he could. He was an establishment of the Houston psychiatric community. Beginning his career as a child psychiatrist, he found a home early at West Oaks Psychiatric Park. He co-founded Greater Houston Psychiatric Associates, the largest psychiatric group in Texas. He also was the medical director of addiction psychiatry at the Memorial Hermann Prevention and Recovery Center (PaRC). He was most recently in private practice, and worked until the last day of his life. Those lucky enough to have a conversation with him would note how intentionally he listened; his warm smile provided gentle assurance of how much their words mattered to him. Later in his life, Ed converted from Judaism to Catholicism. His desire to emulate Christ was immediately evident in the care, generosity, and humor that abounded in his relationships with his children, grandchildren, and especially his wife Leticia, whom he loved to spoil. In December 2011, Ed was diagnosed with Stage IV cancer and given two months to live. It was a chance for everyone he helped to come together in their support, and the Fallick family was enveloped in the community’s love. Ed being Ed, he still found ways to give back. His blog about his treatment, “My Today,” was read and shared by hundreds, including other cancer patients who took inspiration. He led with hope but was frank about his struggles, modeling the strength that comes from vulnerability. Ed’s spirit was uniquely resilient. He fought cancer and it’s resulting complications for over 10 years. He was driven in large part by his refusal to miss certain milestones: Attending two of his children’s weddings, meeting his trans daughter, becoming his son’s best friend, and meeting his four grandchildren (who loved their “Doc”), to name a few. One day at a time, he braved the pain. He saw each day as an opportunity to love his family a bit more. Ed often said, “Everything turns out OK in the end. If it’s not OK, it’s not the end.” Once he knew his wife, children, and grandchildren would be OK, he left this life with dignity and grace. He will be missed by the countless lives he touched. He was preceded in death by his father Nathan, mother Muriel, sister Sharon, father-in-law Salvador, and brother-in-law Patrick. Ed is survived by his wife, Leticia; his children, Federico, Marcelo and wife Emma, Carla and husband Zach, and Esther; his grandchildren, Teddy, Francis, Liv, and Holden; his siblings Harry and Holly; mother-in-law Leticia; siblings-in-law Veronica, Salvador, Antonio, Cucuy, Jose, Marcela, Mara, and Rodrigo; and his two dog grandchildren Bowie and Sevi. We thank all the family and friends who stayed by Ed, all the doctors and nurses who gave Ed excellent care at MD Anderson West Houston and Houston Methodist West Hospital, and all of the doctors and office staff of the GHPA west office who’s dedication allowed to work until the end. A Rosary and visitation service will be held Monday, Aug. 1, 5 p.m. at Memorial Oaks Funeral Home. A Mass will be held Tuesday, Aug. 2, 10:30 a.m. at St. John Vianney Catholic Church. In lieu of flowers, guests may donate to help memorialize Ed with a bench in Buffalo Bayou through Venmo @Eds-Bench. Fond memories and expressions of sympathy may be shared at www.memorialoaksfunerals.com for the Fallick family.
See more See Less

In Memory Of Edward Clyde Fallick