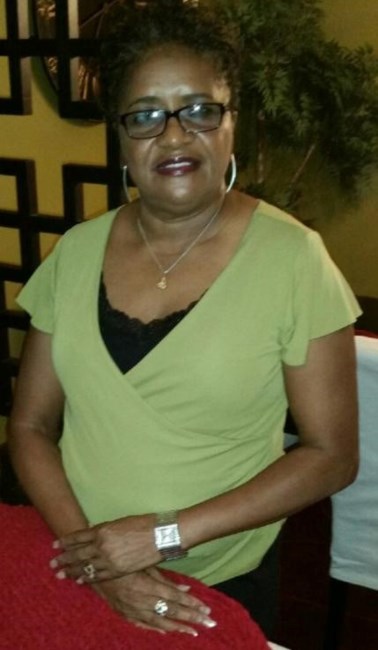 On September 02,1945, Essie Raye was born to the late Aniser and Letha Johnson in Natchitoches, LA. Essie accepted Christ as her Lord and Savior at an early age and was baptized under the leadership of the Rev. P. M. Gillie, where she joined fellow believers and became a member of the St. Paul Missionary Baptist Church in Bermuda, La. Essie attended and graduated from St. Matthew High School class of 1963. After graduation, she became a licensed cosmetologist after attending cosmetology school in Natchitoches, La. later she moved to Oklahoma City, Oklahoma. Where she started a different career, working in the nursing field for several years. During the transition from Oklahoma City, she married the love of her life James (JL) Howard, and moved to Houston, Tx. Essie continued her career in the nursing field for several years and changed her career to Education, where she worked in the Aldine School District for 20 years and retired. Essie was a member of St. Savior Baptist Church under the leadership of the late Rev. Earnest Charles for several years, and moved her membership to New Birth Baptist Church under the Leadership of Rev Earnest Helaire. During this time Essie was a Deaconess, an Usher, and helped in the kitchen. God granted Essie and James 49 years of marriage and blessed them with two beautiful daughters Kimberly and LaShicika Howard. Essie and her family were woven very tight but, over the years God saw the need to unravel that thread. One thread at a time he calls the names Aniser Johnson (father), Letha Johnson(mother), Lonnie (brother), Frankie(sister), Cloyd(brother) Micheal(nephew), Sunny (cousin), and her beloved James (Sweetie) to his heavenly home. Essie is leaving like the flower garden she loved, colorful memories for all to remember and cherish. Those memories are left for her daughters that gave so willingly their love, dedication, support, and sacrifices Kimberly Howard Conroe, Tx, LaShekia Howard Houston, Texas, and James Richmond (grandson) Lloyd Johnson (Florence) Natchez, La Bessie Johnson-Wardsworth (Dorsey) Oklahoma City, Okla. and a host of beautiful nieces, nephews, cousins, and friends. Fond memories and expressions of sympathy may be shared at www.brooksidefuneralhomelauder.com for the Howard family.
See more See Less

In Memory Of Essie R Howard