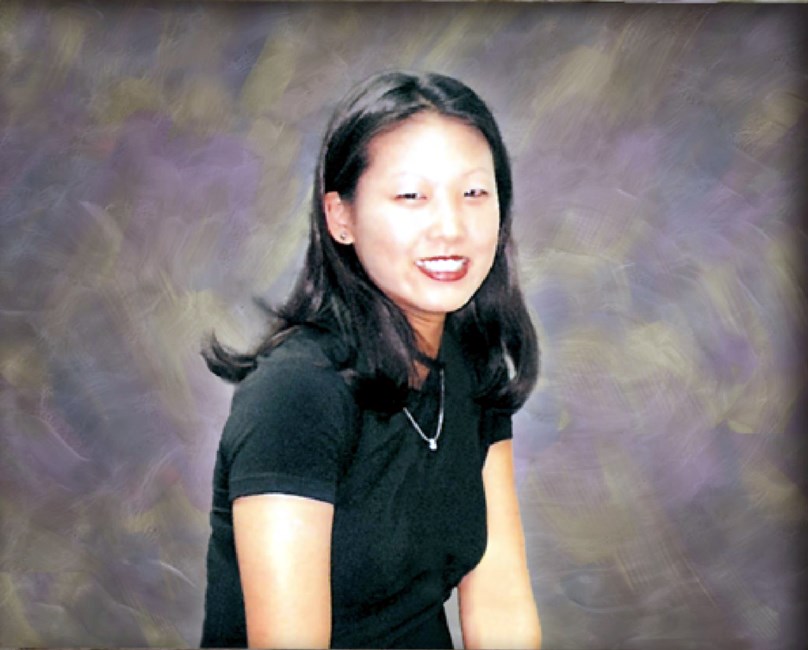 Esther Kim passed away on December 10, 2019, at the age of 40. She is survived by her mother, Yong Ok Kim; father Jin Won Kim; sister Jamie Kim and her spouse Herman Hsuan; brother Paul Kim and his spouse Shelly Kim; nephew Nathan Kim; and nieces Noelle Hsuan, Avery Kim, and Coralie Hsuan. Esther was born in Painesville, Ohio, and grew up in Houston, Texas, where she attended Nitsch Elementary School, Klein Intermediate School, and Klein Forest High School. Esther started taekwondo as a young child, earning her first-degree black belt at the age of 7. She went on to earn the titles of U.S. National Junior Champion, U.S. National Collegiate Champion, and U.S. National Flyweight Champion. In 2000, Esther was named U.S. Olympic Committee Female Athlete of the Year. She was also invited by the International Olympic Committee as an honorary guest of the Summer Olympics in Sydney, Australia. In addition, Esther was recognized as one of 11 athletes given the Citizenship Through Sports Award, an honor bestowed upon individuals who “exemplify values of citizenship, sportsmanship, ethical conduct and community service.” Esther’s illustrious career in taekwondo allowed her to travel around the world. Her participation in taekwondo, however, was cut short due to a career-ending injury. Esther laughed often and was known for her hilarious storytelling and mischievous pranks. She also enjoyed cooking and liked preparing special meals, especially for her mother. Family and friends will celebrate Esther's life on Sunday, December 15, 4:00 p.m., at Memorial Oaks Funeral Homes in Houston, TX with a memorial service in her honor. A reception will follow at Korea Garden Restaurant.
See more See Less

In Memory Of Esther Kim