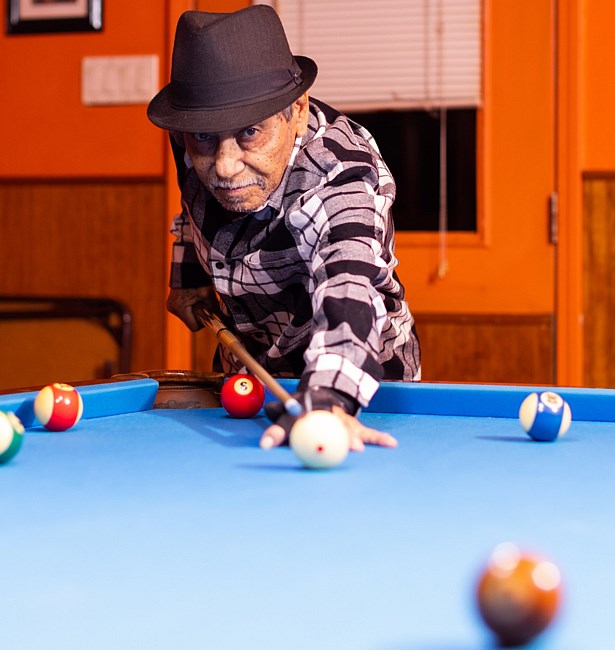 Francisco Escobedo, age 70, of Houston, Texas passed away on Friday, January 20, 2023. He was born in Monterrey, Mexico on May 9, 1952 to parents Francisco Escobedo and Amelia Gonzalez. He met the love of his life Juanita Escobedo in Laredo, Texas and married on April 1, 1977. Francisco worked as a sheet metal worker at Metallic Products for over 20 years. He was a member of the Houston Soccer Association, Team/Equipo de Nuevo Laredo, Los Meseros and Alianza Soccer Team in Houston Texas. Francisco was a registered coach and referee. He coached for over 10 years with Texas Power. In his early years he was a soccer player on the Alianza Soccer Team as a center forward (centro delantero). He was a coordinator and referee for the Houston Soccer Association. He was also part of Aldine United Soccer Club. He excelled in every aspect of his career, receiving countless awards and tokens of recognition. He is preceded in death by his father, Francisco Escobedo and sister, Margarita Escobedo. He is survived by his beloved wife, Juanita Escobedo, son, Francisco Escobedo Jr., daughter, Izela Janie Escobedo; Grandchildren, Raidon Lee Escobedo, Logan Horace Escobedo, Harper Wrigley Escobedo; Sisters, Maricela Saucedo, Sara Saucedo and mother, Amelia Gonzalez. Special thanks to Texas Power and Houston Soccer Association. Pallbearers: Francisco Escobedo Jr. Luis Ramon Guerrero Arnold Sanchez Arnold Sanchez Jr. Jose Angel Zarate Juan Jose Guerrero A visitation for Francisco will be held Friday, January 27, 2023 from 6:00 PM to 11:00 PM at Brookside Funeral Home, 13747 Eastex Freeway, Houston, TX 77039. Schedule of Events in the Grand Chapel: Friday, January 27, 2023 6:00 PM - 7:00 PM Visitation 7:00 PM - 8:00 PM - Rosary and Liturgy Service by Father Guzman 8:00 PM Eulogy, Daughter - Izela Janie Escobedo Following Remarks Son, Francisco Escobedo Jr. Godson, Arnold Sanchez Houston Soccer Association Texas Power 10:30 PM Final Prayer and Closing A secondary visitation will take place on Saturday, January 28, 2023 from 9:00 AM to 12:00 PM, in the the Grand Chapel at Brookside. Burial to follow at Brookside Memorial Park from 12:00 PM to 2:00 PM.
See more See Less

In Memory Of Francisco Escobedo