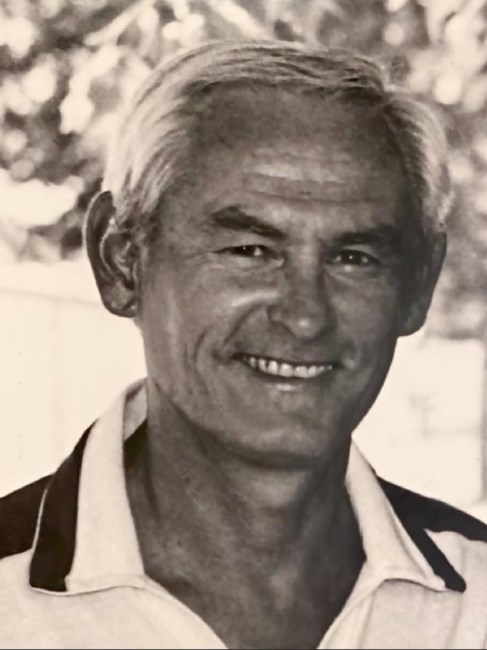 Horton D. Nesrsta, went to be with his Lord and Savior, Jesus Christ on Friday the 22nd of July 2022. He was 91 years of age. Horton was born in Flatonia, Texas on the 11th of June 1931. Horton spent his early years in San Antonio. He graduated from Rice Institute where he proudly played football and still holds records for punt returns to this day. After graduation, he moved to Pasadena where he served as President of the Chamber of Commerce. He and his family moved to Marble Falls, Texas and co-founded Camp Champions on Lake LBJ, which he considered one of his greatest accomplishments. Horton and Carol Ann enjoyed many happy summers meeting campers and counselors from all over. He served over 20 years as a Southwest Conference football official where he also officiated many bowl games. Horton had a love for HAM radio where he communicated with people all over the world long before the internet existed. He loved woodworking and could build and repair anything. Horton loved piloting small aircraft, boating on Lake LBJ and teaching his grandkids to ski. He loved watching all sports, videography and country western dancing. He loved traveling to Hawaii with Carol Ann and taking in God’s beauty through sunsets and nature. “As the runner with his torch Comes to his journey’s end And stops to light our torchlight once again And the light our torchlight gives Is like the spirit which still lives When the day is done. And the question we should ask Is have I met the task To be a Champion… To be a Champion? And when our games have all been played And all our races won When trophies turn to rust and ribbons fade The question that remains Is not who won the game But how the game was played… And the place we face this test Is the place we love the best Camp Champions…. Camp Champions! HORTON, YOU MET THE TASK AND YOU ARE OUR CHAMPION!!! Horton loved his family, friends and God. He is preceded in death by his loving wife, Carol Ann Nesrsta, his beloved son’s David Horton Nesrsta and Brad Ripley, his parents Dorothy and Franklin Nesrsta and his brother Frank (Potsy) Nesrsta. He is survived by his children, Andy Nesrsta (Rhonda), Ronda Ripley, Carla Strake (Steve). He is also survived by his grandchildren, Blake Nesrsta, Taylor Nesrsta Willis (Cody), Brandy Bodenhamer (Darren), Stephen Strake, Jr. (Jessica), Vincent Nesrsta Strake (Hannah), Brooke Strake Eads (Mitchell) and Brad Strake (Caroline). Horton is also survived by his great grandchildren: Harper Willis, Faith Bodenhamer, Reese Bodenhamer, Brent Bodenhamer, Bree Bodenhamer, Stephen Strake III., Caleb Strake, Madeline Strake, Ella Strake, Vincent Nesrsta Strake Jr., Mitchell “Butler” Eads Jr., Bradley “William” Strake and Michael Strake and more great grandchildren soon to be born. Sister-in-law, Debie King (Tommy), niece, Kristan King, nephew, Cody King (Rachel) and their daughter Melody. The family will gather for a private interment at Oak Hill Cemetery in Flatonia. In lieu of customary remembrances, memorial contribution may be directed to Rice University Athletics – Football Program, P.O. Box 1892, Houston, TX 77251.
See more See Less

In Memory Of Horton D. Nesrsta

The Family Will Gather For A Private Interment At Oak Hill Cemetery in Flatonia, Texas