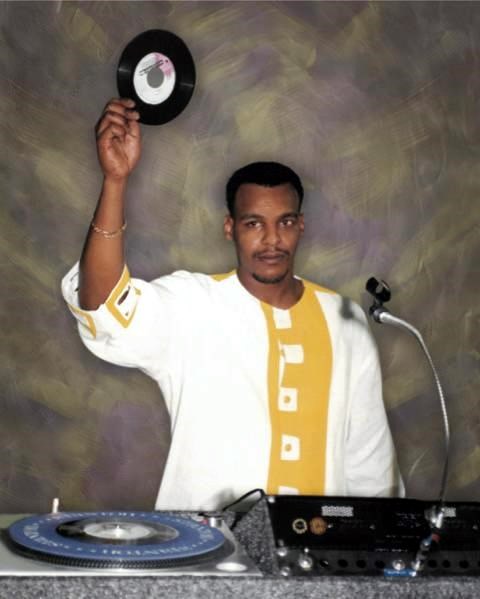 Hugh Maynard Patton was born on April 22, 1967, in Lucky Hill, Jamaica. He was affectionately known as Huey, Hewitt and Champion, by family and friends. His father described him as “a good kid.” He loves to tell the story about how Hugh couldn’t wait for him to get off of work and meet him up the road every evening, just so that he could sit on his dad’s lap and drive the tractor back home with his father. Those that know Hugh, know that he was very creative, kind, humorous, and protective of his family. In the 1970’s, Hugh attended primary school in Kingston, JA. In the 1980’s, he attended engineering school in Manchester, England, which is where he discovered his interest in cars and mechanic work. Around this time, he also gained inspiration from the local Jamaican music scene, where he acquired his love for music. After a few years, Hugh moved to Houston, TX, where he graduated from Willowridge High School, then attended Job Corp, for mechanic work. Soon after, he began work as an independent car dealer. In the early 90’s, Hugh started Champion International Sound System (thus, how he acquired the name Champion), playing against local and international sounds. He also had a passion for cooking and enjoyed feeding his family and friends. There are stories of Hugh loving to cook so much, that even after getting home super late, from the dance, he would still come home and cook a full gourmet meal, before heading off to bed. Hugh was extremely ambitious. A few years ago, he went to New York and ascertained a career in plumbing, with the help of his younger brother Gregory. He later took that knowledge and training back to Texas, where he became a certified plumber and established his own plumbing business. Hugh was also a member of the Houston Missouri City Domino Club, amongst other social clubs in the Jamaican community, where he often fellowshipped. Those who came to know him, admired his reserved, but kind presence. Before his death, he had just put down the deposit to open his used car dealership lot, independently. Not only that, because of his passion for cooking, he had also just purchased all of his restaurant supplies, to incorporate a take-out food business for the community. Hugh was known as a really good cook. Prior to his passing, his friends would always call, asking when is he going to open the shop. He was very proud and anxious, to get his business going. Hugh was full of humor and wisdom. His friends and family could always count on him for the best advice. And don’t think you can stay sad around him. First, he’s going to feed you, then he’s going to bring out the humor. He was the type of person that always left a lasting impression on you. Hugh was the best husband, father, son, brother, grandpa and friend. He was just the best. Hugh passed away at home, on January 13th, 2022, in Missouri City, Texas, surrounded by his loving family. He is survived by his wife, Jennifer; his children, Alethea (son-in-law, Christian Delisser), Donald, Carlton, Clayton and Ashlei; his grandchildren, Trai, Aidan, Juleain and Brennan; his parents, Clovis and Gwen; his siblings, Gregory, Gary, Maxine and Resheda; Among numerous other relatives and friends. Fond memories and expressions of sympathy may be shared at www.gardenoaksfuneralhome.com for the Patton family.
See more See Less