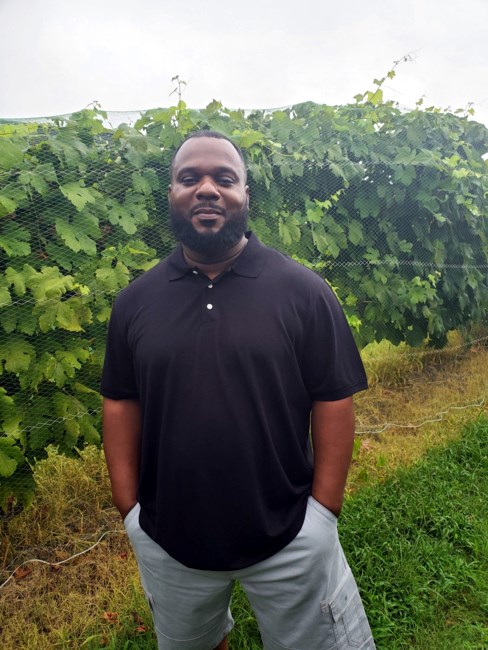 James Earl Chatham, Jr. was born in Houston, Texas on July 23, 1979 to the late James E. Chatham, Sr. and Gwendolyn J. Robertson Chatham. His formal education includes Berry Elementary School, Duett Middle School, and on to Spring High School where he graduated. James was very athletic and played football in middle and high school. James went on to earn his Associates Degree in Diesel Mechanics from the Universal Technical Institute. He was employed with Petroleum Service Corporation as a Locomotive Mechanic where he remained until his transition to Heaven. James accepted Jesus Christ as a child, was baptized, and became a member of the Church of the Living God, Temple #1. As a child, James was an active member of the Youth Department. He later joined the Usher Board where he served faithfully alongside his mother. On, January 16, 2023, James E. Chatham, Jr. was called to rest. He was preceded in death by his paternal grandparents, Nancy Smith Chatham and James E. Chatham; maternal grandparents, Lucky Robertson, Jr. and Jewel Jackson Robertson; aunt, Pamela Busby; and father, James E. Chatham, Sr. James will be forever cherished and remembered by his mother, Gwendolyn J. Robertson Chatham; three daughters, Jasmine (PoohPooh) Chatham, Jamarria (Nunu) Chatham, and Jayda (Tuggie) Chatham; one son, Vintrell Burton; grandchildren, Jacen Kossie and Jaci Caston; two sisters, KaJauna Chatham and Jamerian Hatchett; one brother, Caleb Chatham; 3 nephews, Oscar (Binky) Harrison, Jr., Kacen Washington, and Amarion Hill; two aunts, Paulette Robertson-Yancy and Mary Mitchell (Leodis); one uncle, Lucky Robertson; a special friend, Sheryl Duncan; and a host of other family and friends.
See more See Less

In Memory Of James Earl Chatham