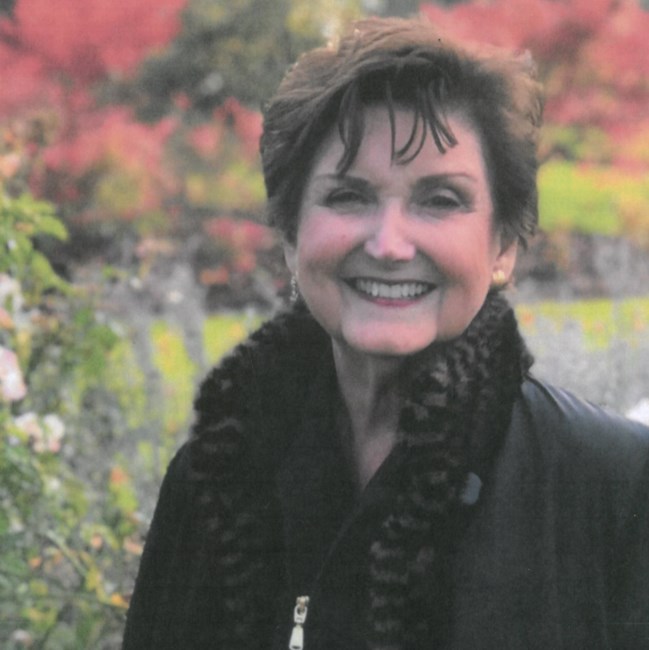 JEANETTE COON COLLINS died September 20, 2022 at her residence in Houston, Texas. She was born in Shreveport, Louisiana, December 1, 1940 and was preceded in death by her husband of 52 years, Hardtner (Hardy) L. Coon; her parents, John Crea Pugh III and Marvaurine Merritt Mitchell; her step-father, John Ralph Mitchell, and her brother John Crea Pugh IV Mitchell. Survivors include her husband, Thomas Arthur (Tom) Collins, Houston, Texas; her daughter, Linda Wise Perkins, Houston, Texas; her daughter, Sharon Elizabeth (Reed) Hayes, Winston-Salem, North Carolina; grandchildren, Jenna Wise, Michael Reed, and Allison Reed; her sister, Suzanne Mitchell Hopkins of Dallas, Texas. Step-children Stephen Craig Collins, New Orleans, Louisiana and Tonya Collins Patterson and her children Mackenzie, Houston Texas and Blake, Nashville, Tennessee. After Hardy’s death, Jeanette found love again with her longtime friend Tom Collins. Tom and Jeanette married and engaged in an active social life, traveled around the world and enjoyed life in its maturity. Jeanette grew up in Coral Gables, Florida. She attended the Finishing School at Gulf Park College in Gulfport, Mississippi before earning her BBA Degree from the University of Miami in Coral Gables. Jeanette furthered her education in Fashion and Image Management at Houston Community College and was recognized as a Certified Image Consultant in 2000. Regarded as one of Houston’s top professional speakers and seminar leaders, until she retired in January 2011, Jeanette was president of Professional Presence, LLC (dba Professional Polish), a full-service image consulting firm- serving corporations and executives since 1999. In September 2008, Jeanette was recognized as the 2008 Woman of Excellence by The Fashion Group International of Houston, Inc. During Jeanette’s career, she was active in The Fashion Group International of Houston, Inc., serving as Regional Director for one year and Board Member for eight years. She also served on the Houston Community College Advisory Council. She was active in the Association of Image Consultants International, as well as many other professional organizations. Social memberships included: The Shreveport County Club (Shreveport, Louisiana), North Gate County Club, Houston, English Speaking Union (ESU), Chi Omega Alumnae Association, The Junior League of Houston, The Petroleum Club of Houston, The Assistance League of Houston, HPAC (The Houston Petroleum Auxiliary Council), Geo-Wives, Memorial Woman’s Club, Village Republican Women, Houston Pachyderm Club, The Partnership for BMC (Baylor College of Medicine) and The Knife & Fork Club of Houston. Jeanette and Tom were active in several dance clubs, as they both loved to dance: The Petroleum Club Dance Club, The River Oaks Dance Club and The Lords and Ladies Dance Club. Being a lung cancer survivor herself, Jeanette was a volunteer for Can Care. After growing up in Florida, Jeanette lived in the southern United States and around the world, Australia, Singapore and England. She has resided in Houston since 1982. Tom and Jeanette are members of the Memorial Drive United Methodist Church. A memorial service will be conducted at Memorial Drive United Methodist Church, 11:00 AM, Tuesday, September 27, with Reverend Dr. Brad Morgan as officiant. For those desiring, memorial contributions may be made to the Memorial Drive United Methodist Church, Houston, Texas, or MD Anderson Cancer Center.
See more See Less

In Memory Of Jeanette Coon-Collins