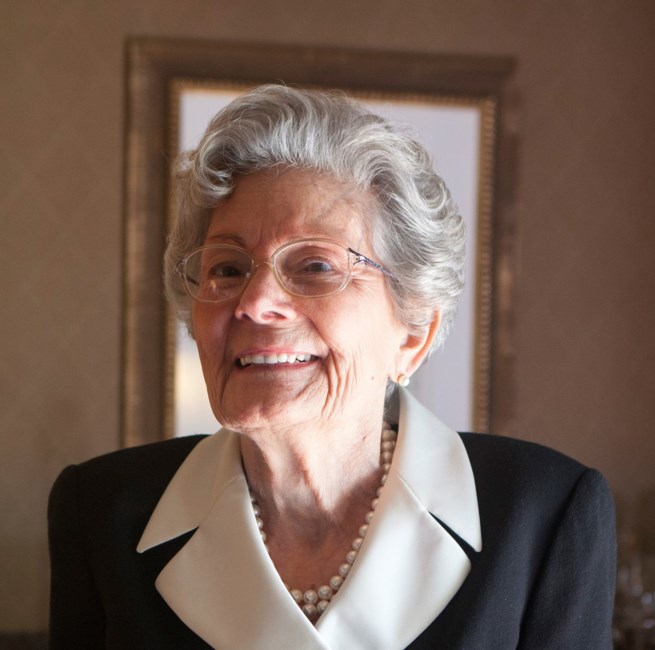 Dorothy Joyce Barton passed away peacefully on Sunday, August 1, 2021, with her family by her side. She was 94 years old. Joyce was born on May 9, 1927, in Houston, Texas to Otis and Mattie Cline. She grew up in Kashmere Gardens where her family owned a grocery store. In high school, while working in the store, she met a young man that eventually would become the love of her life. On December 24, 1945, she married Winston Earl Barton. Their family grew with the birth of their first son, Gary Earl Barton, in 1948. They moved to the Garden Oaks area where they had a new home built just before the birth of their second son, Lary D. Barton, in 1957. Joyce was active in every aspect of her children's lives. After Lary graduated from Jr. High school, Joyce went to work for J.C. Penney in the Human Resources Department and remained there until Winston retired from T.R.W. In retirement, they became avid travelers. They were devoted members of Airline Drive Baptist Church for many years, and recently Joyce joined St. Stephens Methodist Church. After her husband passed away in 1997, she became a volunteer in the gift shop at Memorial Hermann Greater Heights Hospital. Joyce was very proud of her 20 plus years of volunteering and will be remembered as the “candy lady.” She will be remembered fondly for holidays where she cooked and fed large groups of family and friends. Joyce is preceded in death by her husband Winston Barton; her son Gary Barton; her parents Otis and Mattie Cline; her sister June Rabun Reynolds; her mother and father-in-law Obie F. and Floy Barton. She is survived by her son Lary D. Barton of Houston; daughter-in-law Kathie Barton of Twin City, Georgia; Aunt Estelle Clayton of Houston; two grandsons Michael Wilson and Jonathon Barton; and numerous nieces and nephews. Visitation will be on Monday, August 9, 2021, from 6:00 PM-8:00 PM at Pat H. Foley Funeral Home, and her funeral will be Tuesday, August 10, 2021 at 10:30 AM at the funeral home with Rev. Diane McGehee officiating. Interment will follow, via escorted cortege, at Brookside Memorial Park. The funeral service will be livestreamed on Pat H .Foley & Company's Facebook page. Below the funeral service is listed with a clickable link and at the time of the service the link will redirect you straight to the Facebook page to livestream the service. The Pallbearers will be Mike Winburn, Danny Winburn, Clyde Rabun, Jr., Dan Rabun, Mike Wilson, and Dean O’Kelley. The family wishes to thank the staff of Memorial Hermann Greater Heights Hospital for their excellent care of Joyce. Memorials may be sent to The Volunteer Guild of Memorial Hermann Hospital Great Heights.
See more See Less

In Memory Of Joyce Barton