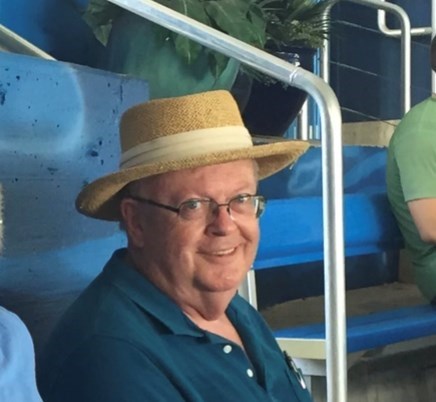 Kendall Ray Harris of Houston, TX passed away Wednesday, May 11, 2022 peacefully in his sleep at the age of 74. Ken is survived by his wife of 40 years, Susan Elliott Harris, his daughters Catherine Harris and Stephanie Ruedy, his siblings Cindy Rowlett and Doug Harris, his grandson Caeden Shahrear, and daughter-in-law Cassandra Betley Harris. He also leaves behind many close friends he considered family, including the Tomlin family. Ken also had many good friends he made over the years from his work and around town, many being lifelong. He is preceded in death by his beloved son Matthew Kendall Harris. Ken and Matthew were great buddies until Matthew’s untimely departure in 2021. Ken was born in Mitchellville, Iowa into a big family with grandparents, aunts, and uncles who all loved him dearly and taught him important “life lessons” in the most curious and humorous of ways, making him a man of superior character. Moving to the Seattle area in the late 1960’s, Ken grew his passion for Mechanical Engineering at the Boeing Company, working second generation next to his father, Raymond. A natural engineer, he extended his Boeing career by relocating back to the Midwest, before growing his professional knowledge into other areas of engineering from fireproofing and chemical engineering to medical imaging engineering. These projects took him to interesting destinations around the globe, but no matter where he went he always kept his eye on the aerospace industry and gazed into the skies. Ken enjoyed aviation, trains, history, baseball, bowling, and NASCAR. In his extensive hobby life, he was a methodical craftsman in woodworking, and throughout his life enjoyed working on projects with his father, his daughter Cathy, and his son Matt. He loved reviving various cars and motorcycles throughout his life, most of which had been considered hopeless mechanical pursuits. Ken also took on the ambitious undertaking of a model train room, which he faithfully updated and maintained for decades. He was persistent in all his passion projects and never quit. He also never failed to display his dedication to his family and people. Ken loved nothing more than spending time with those closest to him. He could craft a fantastic story and keep friends and family laughing for hours. Ken will truly be missed by many. Service will be held Wednesday May, 18 2022 at Brookside Funeral Home - Cypress Creek located at 9149 Highway 6 North, Houston, TX 77096. Visitation will begin at 12:00 pm, with the service starting at 2:00 pm. All friends and family welcome.
See more See Less

In Memory Of Kendall Ray Harris